Congratulations to the newlywed Nicki Minaj and Kenneth Petty. The rapper has tied the knot with boyfriend Kenneth and now she can finally call him, “her husband” without causing any confusion. The couple got married on Monday, the 21st of October. Nicki announced the news of their marriage through an Instagram post.

On her wedding day, the Super Brass rapper took to Instagram to post a video that showed two similar “Mr. and Mrs.” mugs and two black and white baseball caps, with letters of ‘bride’ and ‘groom’ written across their front.

Keeping the caption for the video simple, Nicki Minaj wrote, “👰🏽🤵🏽😢🙏🏽🎀 Onika Tanya Maraj-Petty 10•21•19”. The captions refer to Nicki’s new official name that she has taken up after her marriage to 41-year-old Kenneth and the couple’s official wedding date. Although Nicki’s reps have not yet responded with any comments to the press about the rapper’s marriage.

This year in March, 36-year-old Nicki had stirred her fans with confusion after she called Kenneth her husband on her radio show. Praising her boyfriend’s caring nature for her, she had said, “Every night when I get out of the shower, my husband takes this really good lotion that we just bought, and he massages my feet and rubs them, and he rubs each toe individually, and the heel, and the ball of my foot, and he does it all.”

Nicki and Kenneth had been dating since last year. The couple made their relationship official on Instagram in December 2018. A month later, she again posted a series of pictures of Nicki and Kenneth laughing and apparently having a really good time at Nicki’s birthday party. 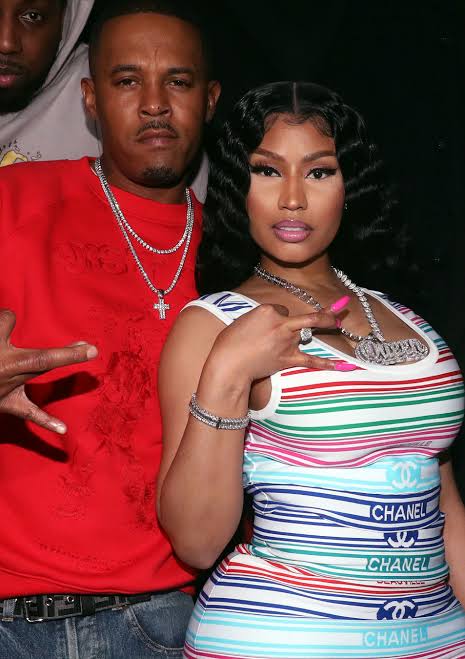 Kenneth has a criminal past which caused worry in a lot of people. But Nicki brushed them all off, declaring her trust in Kenneth. We wish all the very best to the newlywed couple for their upcoming life.