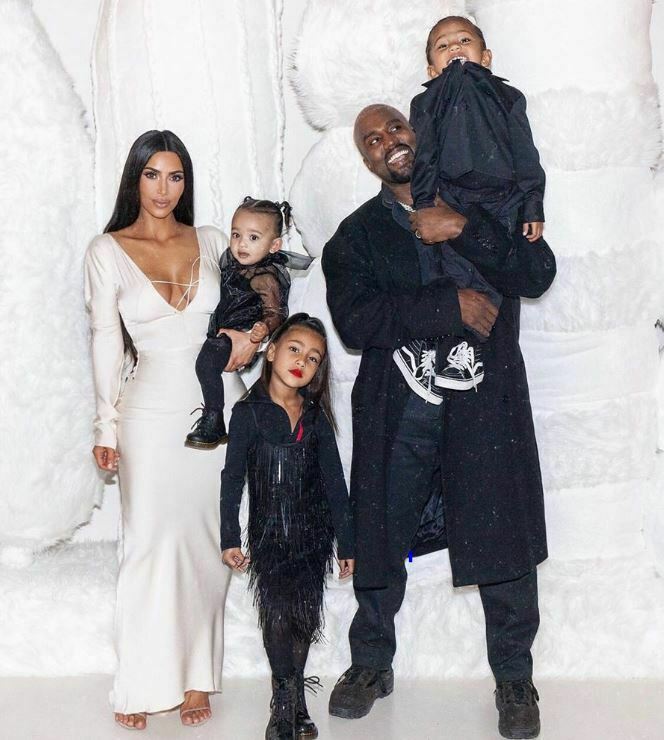 It just seems like yesterday when North West made her solo debut on the cover page of WWD Beauty Inc. wearing hot pink eyeliner. More examples have turned up where North West has sported makeup with elegance- be it the Christmas red lipstick or purple lipstick on a regular Sunday service. The 6-year-old has become a child fashionista with her interesting involvement in the fashion industry.

But now it has been revealed that Kim Kardashian ‘got into trouble’ with Kanye West over North wearing make-up. The multi-talented dad has put a stop on his daughter’s further endeavors into exploring make-up.

Kim Kardashian was recently at a dinner party for the launch of her and supermodel Winnie Harlow’s KKW × WINNIE collab held in New York City. She divulged that Kanye West was done with it all and changed the home rules to no make-up for North West.

Kim Kardashian shared that Kanye West is set down on not letting his eldest daughter wear any make-up in the near future. However, the mother suggests that she is amiable with her 6-year-old dabbing makeup if the occasion or her outfit demands it, not a proper full-blown make-up but minimal.

Kim Kardashian has gushed over her daughter’s fashion sense in past-when she wore a bright red lipstick on Christmas or her Japan tour outfits. Kim in part credits Kylie Jenner, who gifted North West with lip kits, in fuelling her daughter’s enthusiasm for make-up which ultimately got her in trouble.

Kanye West has restricted makeup, but Kim Kardashian has allowed leeway for their daughter where North could weigh-in on her mother’s fashion choices guiding her in clothing and make-up.

North West is involved with the fashion industry, from her runaway debut to her assistance for her mother’s outfit from Dolce and Gabbana. North West’s make-up might have encountered a stopper, but she will be in the news with her fashion choices.