Meghan McCain reveals why she stormed off The View. Biggest explosive fights on the history of the show!!

The View saw one of the biggest explosive fights on the show. Meghan McCain after her heated fight with Ana Navarro walked off the set, leaving the panel at The View. 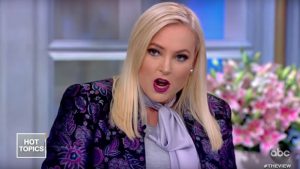 The 34-year-old went on Watch What Happens Live with Andy Cohen, to explain her reasons and her feelings which led her to get in a heated fight with CNN commentator Ana Navarro. The two while discussing Donald Trump’s whistleblowing scandal, ended up in a screaming match. Meghan, the only conservative on the panel, lost her cool and stormed off stage. 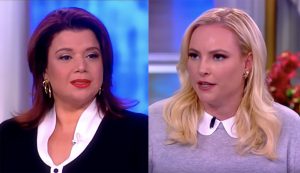 On the show, Andy Cohen asked her why she seemed so aggravated with the audience and the ladies on the panel. Meghan went on to explain that the audience on the show that day was partially to blame for her outburst. She revealed that while it is nice to have a positive audience, most days the booing and heckling is a lot stressful. She shared that it is her job to present a different view and to have that amount of backlash from the audience ends up hindering her performance and stops her from performing. 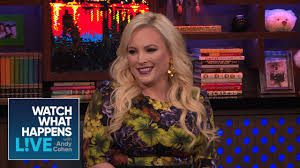 Meghan further revealed that the ladies on the panel were not the problem. Meghan on her third year on the show shared that she was quite comfortable working with the co-hosts and that they are comfortable around each other. But that day on the issue, the problem was that the other ladies were unable to accept her point of view and it actually reflects how America is also having a hard time in expressing their point of views and being accepted. 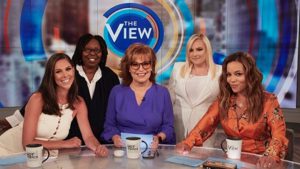 Surprisingly she revealed that the now-popular image of her walking off the set, was actually told by the producers as the table was too heated and Meghan had to get backstage to retouch her makeup. Meghan joked that in that way, The View could be like the Housewives sometimes when Andy compared her walking away footage as a Housewives reunion.