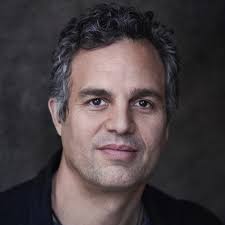 With the presidential election electoral process all set in motion, it seems like everyone is pretty excited to see who wins the election this time!

Celebs have been voicing their support for their respective leader for this presidential election. While several stars are encouraging fans to vote and actively participate in the decision-making process of the country. These people are taking part in various activities to encourage voting.

Amongst these celebs, one of the Avengers stars is supporting the Democratic nominee Joe Biden. We are talking about Mark Ruffalo who played the role of Hulk in the Avengers movie franchise. He has been supporting Joe Biden for this year’s election and recently took to social media to voice his support. Here’s the Twitter post that the Avengers star recently posted while congratulating the people of his native land.

Thank you to these strong leaders in Kenosha!

“As people of faith, we believe every person’s inherent dignity entitles them to a say in our democracy. Every vote is sacred.” https://t.co/ZIfwnFvdYY

The Actor Has Benn Taking Active Participation In This Election Season

Emmy winning actor Mark Ruffalo who is also a native of Kenosha recently tweeted about Biden narrowly beating Trump in Wisconsin. He penned down a Twitter post thanking all the people of Kenosha for showing America who they are.

Mark Ruffalo is not the only celeb from the Avengers family who is supporting Biden, our very own Captain America is also supporting Joe Biden and has been quite vocal about it. With the poll numbers also supporting Biden a bit more and he seems to be leading the election with an impressive number figure. However, the final result is yet to come and we sure are eagerly waiting for it to arrive and we have a final winner.

Amid rising of COVID-19, Boris Johnson the Prime Minister of England has again decided to impose lockdown. Read more updates now!
Biden or Trump – USA Few Inches Behind Deciding the Fate of the Country for Next 5 Years!