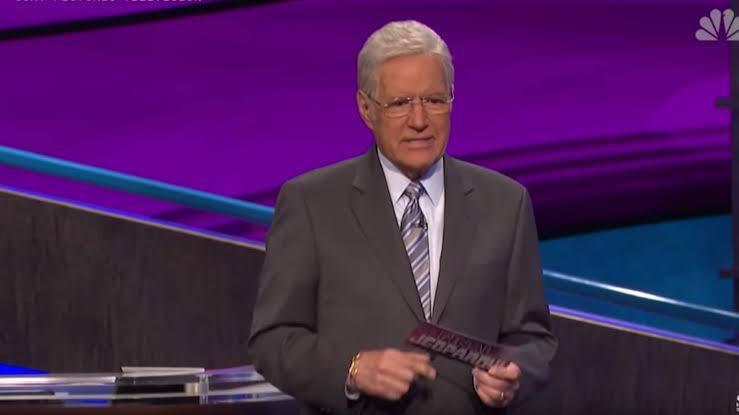 It seems like Jeopardy! host Alex Trebek was recently spotted out in the public and the photos are shocking as the host looks completely unrecognizable for a while. It seems like his health has deteriorated a bit and it was quite visible as well.

Alex gives thumbs up for quarantining!

The seventy-nine years old host was seen outside his house in LA while he was taking the trash cans out and was bald and beyond recognition. He was bald due to the chemotherapy the host has been going through of late.

The iconic show host who is known for his impeccable skills and how he made the show so interesting for all these years revealed in March about stage 4 pancreatic cancer diagnosis. Fans were heartbroken when this sad news was announced by the host himself.

The Host Is All Set To Release His Own Autobiography This Year!

While the host is battling a serious health issue of life, he is all set to release his autobiography The Answer Is…: Reflections On My Life in July this year itself. While the host made the revelation of his severe health issue, he thanked fans for loving him for all these years and for the constant support.

The host is known for his great managing skills as a host and also not to forget his sense of humor which makes the show all the more interesting.  Fans are praying for the host’s speedy recovery and he is gradually getting better. We hope he soon wins this battle with cancer soon enough. Meanwhile, we cannot wait to get our hands in the autobiography that Alex Trebek is planning to release enough.

Has Popular Manga Series Drifters been Renewed For Season 2? Here is everything we know including release date, plot and latest updates.
Lana del Rey is facing major criticism for posting a series of looter videos during George Floyd protests. Here is what happened.