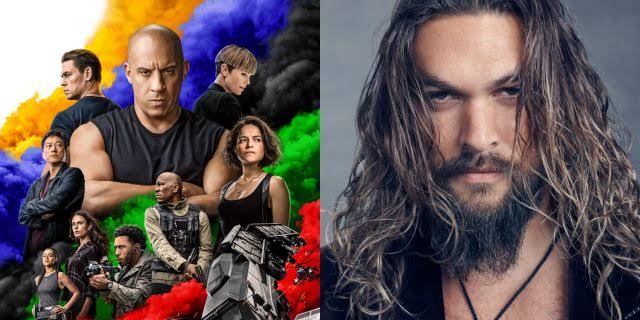 The rumours are true. Jason Momoa will officially be the villain in the final Fast & Furious movie. Momoa confirmed the news himself in a chat with Entertainment Weekly. Read on.

Momoa spoke about his role during the New York premiere of The Batman, which stars his stepdaughter Zoe Kravitz. The actor said that he will do Fast 10, and that it’s going to be fun. Next he spoke about being the villain, something he hasn’t done for a while. “Now, I get to be the bad boy. A very flamboyant bad boy.”

Momoa, despite his menacing appearance, has mostly played heroic roles. Recent examples include Aquaman and Netflix’s Frontier. There is also the loyal military commander Duncan Idaho from Dune. His last villainous role was in 2017’s Once Upon a Time in Venice. He will join Justice League co-star Henry Cavill in being the villain in a famous franchise.

We are still more than a year away from seeing Momoa on the big screen since Fast 10 got delayed to May 2023. The movie will mark the end of the Fast & Furious franchise, and might be special. Like most popular movies and series, the final instalment will be split in two parts to tell a longer story. Vin Diesel, Tyrese Gibson, Ludacris, Michelle Rodriguez, Charlize Theron, and Sung Kang will be returning. Dwayne Johnson and John Cena have confirmed they will not return. Jordana Brewster’s return is unknown as of now.

Filming will begin in spring, with director Justin Lin returning. Lin directed Tokyo Drift, along with the fourth, fifth, sixth, and ninth instalments.

Meanwhile, Momoa will return as the King of the Seas in Aquaman and the Lost Kingdom set for December 16, 2022.