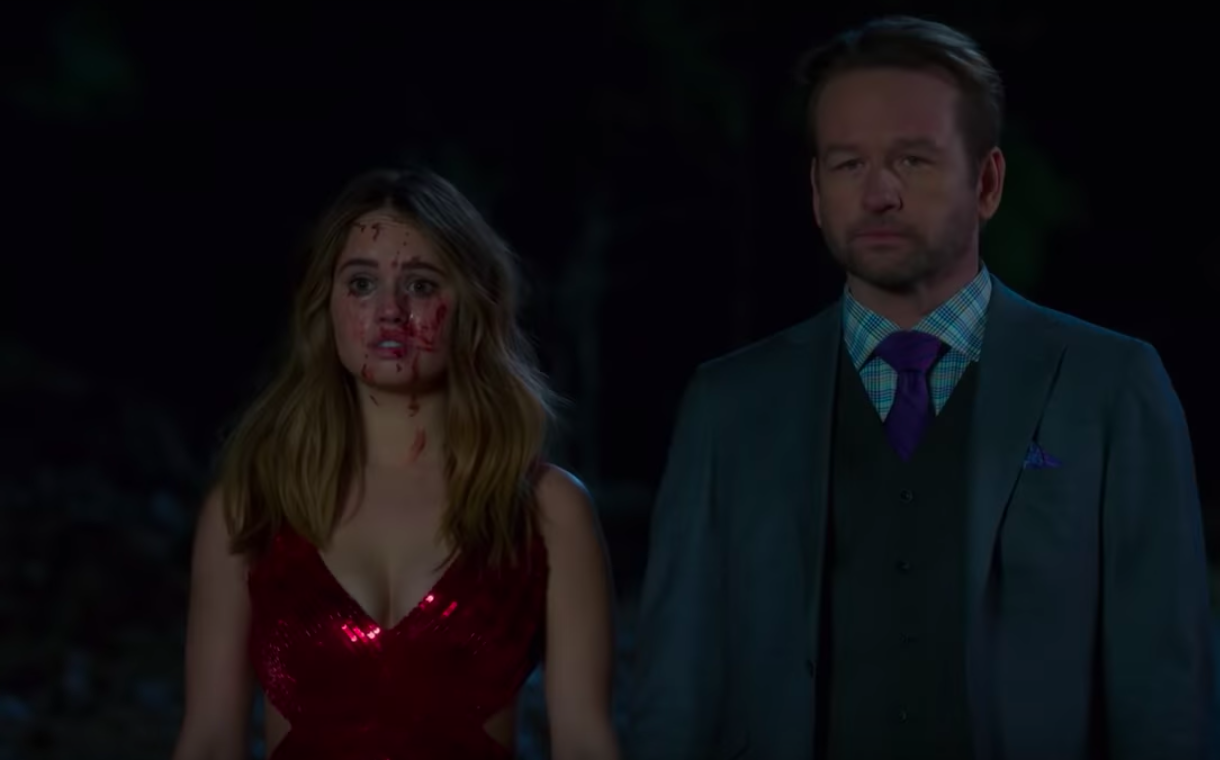 Netflix’s season 1 controversial series Insatiable is back for its season 2 that too, with lots of twists and drama, and new faces, new crime, and a new conflict.

The survivors from season 1 have been returned to season 2 also which includes Debby Ryan in the lead as Patty, Dallas Robert as a lawyer, and Alyssa Milano as Coralee.

There is also a person who is not a part of this season, James Lastovic, in the Christian Keene role. All thanks to Patty in season one for making him ended at crowbar.

Well, talking about the new season, some new faces are seen in the show, including Alex Lendi as Henry, a stripper, and Vincent Rodriquez III.

Following the story of Patty, from fat to fit and revenge, will move ahead in season 2 where season 1 drop-dead, where Patty kidnapped by Stella Rose and Roxy Buckley but escaped from their clutch, all thanks to her ex-boyfriend Christian.

hope these photos answer all your burning questions about season 2!!! ❤️😘 see y’all on october 11th!! ✨👸

While Christian captured Magnolia, Patty’s enemy, and tried to convince Patty to kill her, Patty beat Magnolia to death.

In season 2, she will be dealing with consequences as Bob tries to help her cover the mess she made.

This season will have 10 episodes of 45 minutes, unlike its past season, where there were 12 episodes.

Season 1, which premiered in August last year with controversies and mixed reviews, is still thriving on Netflix with its second season. After seeing the show’s criticism last year and standing on the edge of cancellation, Netflix renewed it.

By seeing the show enthusiasm, it is quite possible that Insatiable will return with its Season 3, although Netflix not officially confirmed it. But Alyssa Milano Insatiable’s Corlee Armstrong dropping hints and already created the hype even before the release of season 2.

It is now streaming on Netflix.

Supertyphoon Hagibis gives new life to the macho Imaged Filipino band with same name!
Jennifer Lawrence is all tuned for her coming wedding and to spice things up went on a dinner date with fiance Cooke Maroney!!