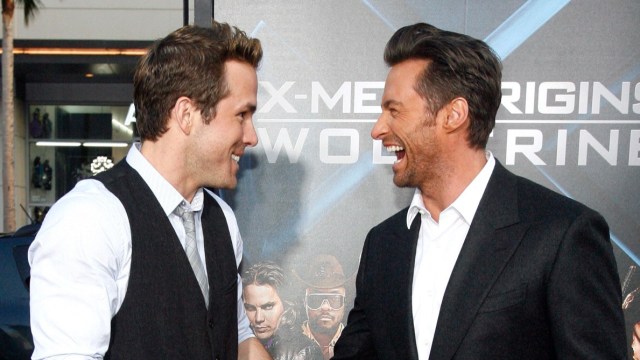 It was Ryan Reynolds and one of his favorite frenemies did not forget to wish the Marvel star on his birthday in his funny way!

While fans are no stranger to Hugh Jackman and Ryan Reynolds’ habit of pulling pranks on each other at all times, the Wolverine star uploaded a dorky picture of a young Ryan Reynolds with his drum and wished him a happy birthday!

Moreover, the picture is both goofy but adorable and Ryan Reynolds did not waste any time to react to this picture! He soon uploaded the post on his status story and said that he was the Buddy Rich of bad drumming! This friendly feud is between the two actors has been going on for a while now and as Hugh Jackman recalls this goes back from the time when Scarlett Johansson was married to Ryan Reynolds back in 2008.

The Two Stars Have A Friendly Feud Going On Since 2008!

As the Wolverine actor further explains how he used to warn Ryan to be on his best behaviour as Hugh as a close friend of Scarlett during that time. This roasting session went on for years, even when Deadpool released, they roasted Hugh Jackman and the Wolverine flick as well.

The roasting session between the two has been going on for years and both the stars are always waiting for the right opportunity to post something rib tickling! Ryan Reynolds’ wife Blake Lively is also quite a prankster herself and had often pulled some hilarious pranks on the Deadpool star. Well, Ryan Reynolds has quite a few worth opponents it seems.

Mathew McConaughey made a Major Revelation about His Father’s Death in his Memoir, Greenlights.
Don’t Miss Out On The Holiday Special Movie, Christmas Unwrapped Exclusively On Lifetime