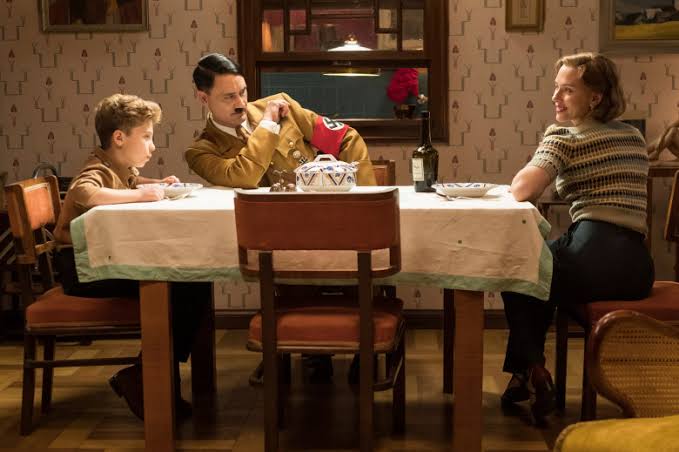 The New Zealand born filmmaker, comedian and actor Tails David Waititi’s newest work, ‘Jojo Rabbit’, is a dark comedy-drama which revolves around the time of World War II. Jojo, a German boy, through a series of events, discovers about a young Jewish girl who is hiding at his attic. With the help of his only friend, the imaginary idiotic Hitler, how Jojo gets a grip of the situation, is what the film about.

On 26ty of July 2019, Fox Searchlight, in one its latest tweets, tweeted a new version of the Downfall meme showing the fürher being enlightened about the film, Jojo Rabbit.

The meme goes on to show the deranged Nazi ruler being unhappy about the news. Eventually, as he founds out that the person portraying ‘Hitler’ in the film who is also the director and the producer is a Polynesian Jew, he gets heartbroken . In agitation, he declares the making of his movie and demands the maker of Thor Ragnarok for that purpose. The meme in front is now in a dilemma to reveal the fact that the person in question is the same as the director of Jojo Rabbit.

The meme is a clip from Oliver Hirschviegel’s movie Downfall starring Bruno Ganz as the bad and portraying Hitler. Instead of the literal translations of e German dialogues, the meme displays humorous subtitles in English portraying Hitler as engaged in a hilarious yet severe conversation with a few of his followers, who are in a tremendous dilemma about whether or not to utter the truth of the demanded director.

Indeed, the meme promotion of Jojo Rabbit seems to acquire than more popularity than the actual trailer of the movie.

Though many were of the view that the director-actor Waititi was involved with the meme video, his tweet on the same cleared the fact that he was as surprised as the rest of the audience.