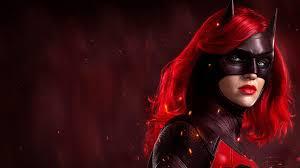 We have some great news for fans as Ruby Rose is all set to make a kick-ass come back with the second season of the hit show Batwoman. Not only that, but we might have some lead on who is going to be the antagonist in the show this time!

He's more powerful than she thought. Stream the season finale of #Batwoman now, link in bio.

Apparently, as eased by the showrunner herself, Safiyah Sohail, the former ruler of a pirate nation called Coranya, might be the main villain for the second season, creating troubles for our Batwoman. So as per Caroline, Dries is hinting at Safiyah being the main villain that Kate has to face in the coming season.

Safiyah Sohail seems to be playing the main mastermind behind all the upcoming threats in Gotham city, so it seems like Kate has a lot of responsibilities ahead of her as the second chapter unfolds. Also, fans might also look forward to some budding romance between Luke and Mary.

Gotham's protector. Stream every episode of #Batwoman so far free on The CW, link in bio.

Fans Can Expect Some Exciting Crossovers Once The Second Season Releases!

Moreover, the CW network has renewed several shows for more season along with giving some new project green light. It is also.rumored that Batwoman will have an exciting crossover with upcoming CW show Superman& Lois. The show will have some other crossovers with other CW shows as well.  Jacob Kane has also waged war on Batwoman; thus, the second season might be difficult for Kate, it seems.

Witness the battle for Gotham. Stream the entire season of #Batwoman now, link in bio.

Along with an Arrowverse crossover, the Superman crossover will show Kate Kane teaming up with Man Of Steel with some other various heroes to fight back the supervillains who are giving our superheroes stiff competition in the coming time.

Chrishell Stause Might Not Be Ready Enough To Open Up About Her Split With Justin Hartley! Check out the full story.
Is Megan Fox and Brian Austin Green Getting A Divorce Due To A Third Person? Did Megan cheat on her husband with Machine Gun Kelly? Read to know all details.