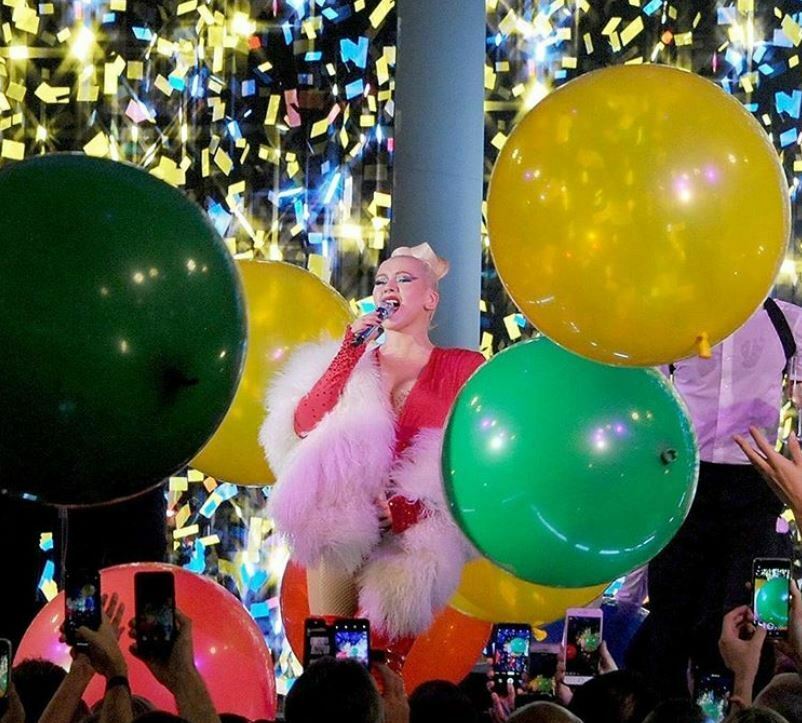 Aguilera is busy promoting her Las Vegas residency, The Xperience. She was in conversation regarding the songs she likes to sing the most for her live audience.

The Legendtina shares her first choice, Dirrty, which she feels is electrifying and lights up the whole room. She claims to always enjoy the song. The song with 103 million views was way ahead of its time. It broke boundaries and became a sensation. Interestingly, it was banned when it released due to its unconventional themes.

To make the audience emotional and their hearts flutter Beautiful is her go-to choice. This song has a spiritual section which absorbs attention. The songs express thoughts which were quite modern at that time. Christina uses her music to spread social messages. Beautiful got a viewership of 113 million with its brave concepts in that time.

Keeping her fans and their choices in mind she next lists Twice as the song she would perform live. She states that it is a powerful and vocally naked song which connects with the audience. The message of the song portrays a dilemma where she is wont to make mistakes as she is only a human. Her song depicts depth and sensitivity which everyone can connect to. With only 7.2 million views on the audio, this song still manages to refresh the viewers while providing a bittersweet sense of nostalgia reminiscing the mistakes made in one’s life.

The ‘Genie in a Bottle ‘ singer would be performing live in Las Vegas to ring in the new year. The Xperience will donate $1 each from every ticket purchased. The donation would go to Shade Tree, a 24-hour emergency service for women and children facing domestic violence and abuse.

Such a magnanimous human being who is quite forward in expressing support for emerging women singers in the pop industry.

Brad Pitt mesmerizes us again but now as an Astronaut in Ad Astra
After five years, Taylor Swift returns to The Voice again as a Mega Mentor