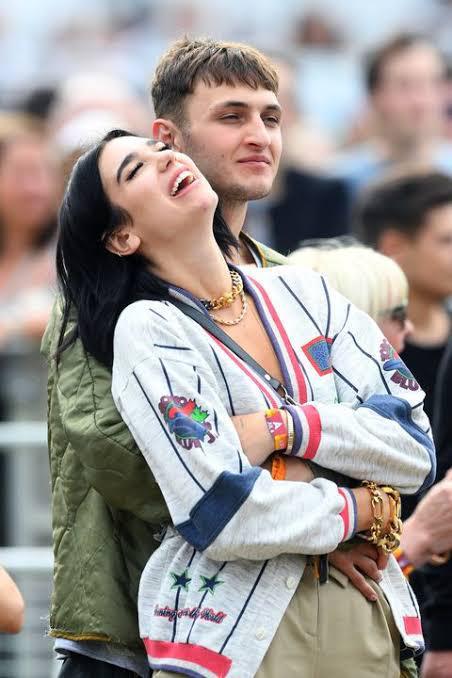 Dua Lipa and Anwar Hadid’s love story is what fairy tales are made of! The two have been dating for quite a while now and they are all about the mushy young love that all fans are in awe of!

Anwar Hadid And Dua Lipa Are One Of The Most Adorable Couples In Town!

Anwar Hadid who also has a knack for.music showed his work to the New Rules hitmaker who is also Gigi Hadid’s good friend. When Hadid got to know that Dua Lipa has split with beau Isaac Carew, he did not waste any time and soon asked her out on a date!

However, fans speculated romance brewing between the two when singing sensation Dua Lipa was seen in a video during Anwar’s birthday celebration. She was seen all laughing and having a great time and while her appearance at the last was a short one, it soon sparked romance rumors.

The Two Met Through Their Shared Love For Music, Soon Fell In Love!

After that, it was reported that the couple went on several dates, including one where the two were spotted together in Malibu. The two instantly hit it off after Lipa’s breakup with Carew and soon enough she and Hadid were pretty inseparable. The two also attended the Nordoff Robbins O2 Silver Clef Awards together.

nothing sweeter than 365 days joint at the hip with you ❤️

After that there’s was no looking back for the couple, be it being all mushy at musical concerts to being all lovey Dovey at award functions, the couple was all about love! The couple has recently celebrated their first anniversary as a couple and shared a heartfelt picture on Instagram! The picture was uploaded with a cute little caption as well.

Rapper T.I Shouts As He Discovered His Son Having Marijuana At A Family Vacation! Check it out.
Actor Rob Schneider Tried His Humor At This Netflix Stand Up Comedy Show! What was the reaction of the audience?