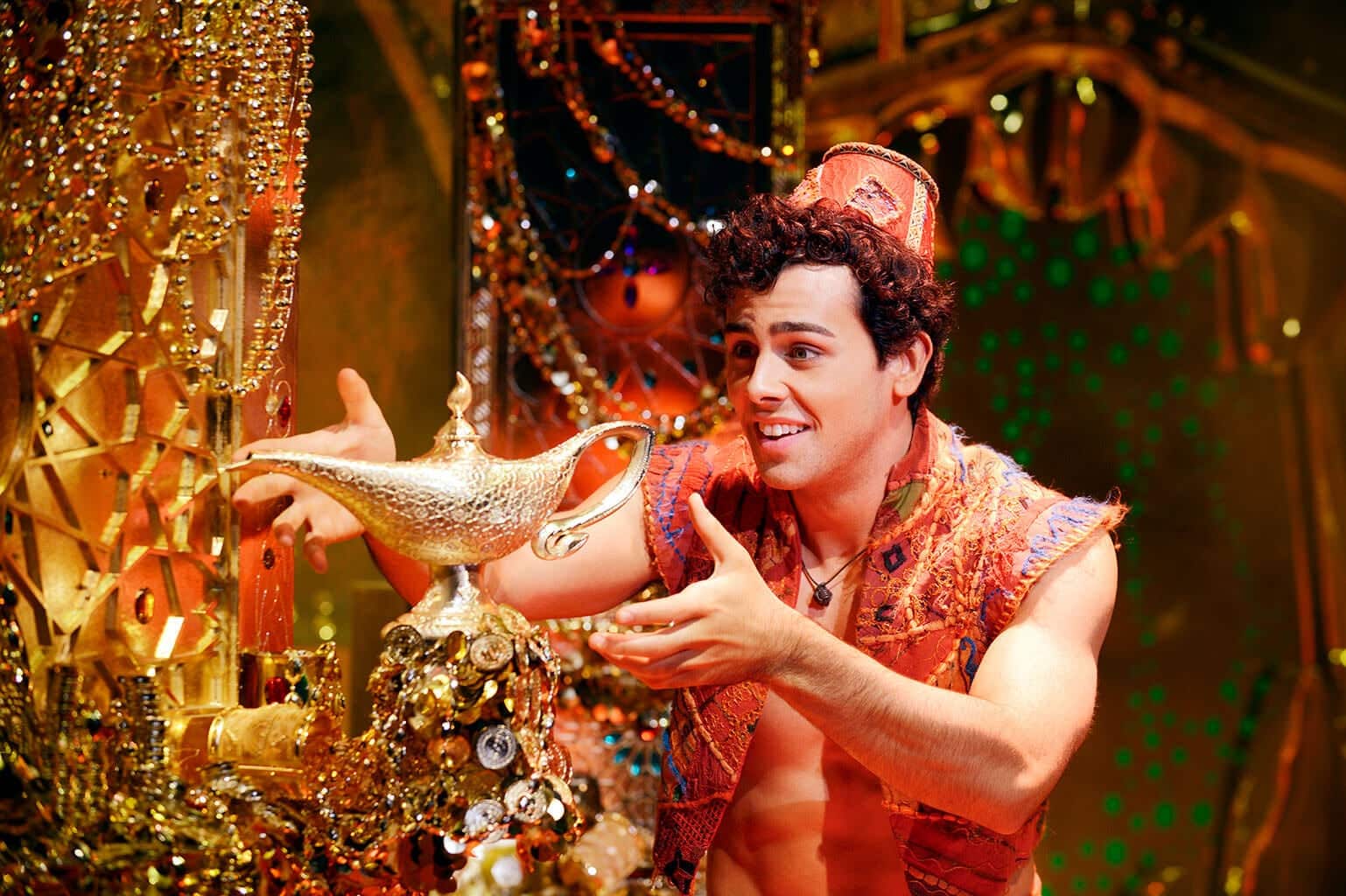 Disney’s Aladdin Broadway musical finally announced the details for the long-awaited performances on September 13th, 2019. Disney Theatrical Productions and Wharton Center for Performing Arts shared that the tickets for the performance will go on sale for the public at 10 am on Monday, September 16th, 2019.

The hit Broadway musical of the children’s classic tale will start from East Lansing at Wharton Center on December 4th, 2019 for a limited span of two weeks till Sunday, December 15th, 2019. The opening night of the music is on Friday, December 6th, 2019, at 8 pm.

The magic carpet ride continues across North America. Where will we be granting *your* wish? #AladdinTour

Aladdin opened on Broadway at the New Amsterdam Theater on March 20th, 2014 and became a blockbuster quickly. It has had shows in Tokyo, Germany and across North America. The musical based on the 1992 Academy award-winning animated film is based on old folktales and inspired by the One Thousand and One Nights. It is a timeless classic with five popular songs from the original soundtrack and more added for the stage performance. Popular musical numbers include Arabian Nights, A Million Miles Away, Friend like Me, and A Whole New World.

The cast of the Broadway musical includes Clinton Greenspan as Aladdin, Jonathan Freeman as Jafar, Michael James Scott as Genie, Arielle Jacobs as Jasmine, Mike Longo as Kassim, Don Darryl Rivera as Iago, Brian Gonzales as Babtak, and Brad Weinstock as Omar. With music by Alan Menken and lyrics by Howard Ashman and Tim Rice, the show has been directed by Casey Nicholaw.

At the venue in East Lansing Aladdin will be performed at 7.30 pm from Tuesdays through Thursdays. On Fridays at 2 pm. On Saturdays at 8 pm. And on Sundays at 1 pm and 6:30 pm. Before the opening night, on 5th December there will a 2 pm matinee play. There are VIP ticket packages also available which avails the viewer prime seat location, a souvenir, and an exclusive merchandise item.

If you like bling, we’ve got all the bling. ✨ pic.twitter.com/K9vuJok553

Wharton Center is the only official retail ticket outlet for all performances at the center, and the Aladdin Broadway show is no exception. Tickets will be available from September 16th at the Auto-Owners Insurance Ticket Office at Wharton Center or at whartoncenter.com. More information about the show and ticket booking can be done by calling 1-800-WHARTON.

Statue on the Legends Walk: 11 time All Star Charles Barkley honoured by the Philadelphia 76ers NBA basketball training facility in Camden, N.J!!!
“Luke Combs announces his latest album!”: Find out what is unique in it.