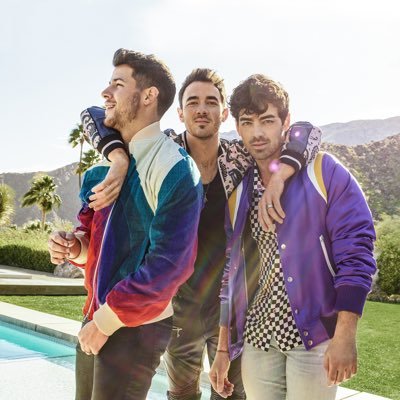 The uproar was created when fans noticed a strange phenomenon. Importantly, this was due to the brothers only following Diplo.

The Instagram account took a 360° turn. Firstly, the profile picture changed to one of Diplo’s. Also, he was posted on the pages’s story, laughing.

Moreover, Diplo then posted a photo of himself clad only in a Calvin Klein pants. Another, he posted a Jonas Brothers tattoed on someone’s back. Thirdly, he shared a photo of Hanson, captioning it” don’t forget the original brothers”.

@calvinklein ur welcome for the free promo. follow @diplo

Following this, he went on to post another of his shirtless photos showing off his 3 Grammy Awards. It was captioned with #dorkus brothers. This was due to him calling the Jonas Brothers ‘dorks’.

He further crossed the limits by posting a comedy skit elaborating “Nick breaking up the band”.

However, the fans reacted with mixed feelings. Some are amused and confused while some see it as a violation. Diplo’s fans consider it humorous with Jonas Brothers’ only focusing on Diplo.

Consequently, when the Singers were made aware of this, they responded. Nick and Joe took to the comments of the post asking the DJ to call them.

Besides, Joe shared a story with text” @Diplo chill fam”. He also shared a personal message to Diplo calling his actions funny for just a minute but then demanding an explanation as to how he got the password.

Even so, Diplo again posted a story of the same personal message writing over it that he has blocked Joe Jonas. Along with this, he called him a ‘dweeb’.

Fans are speculating it might be a stunt to garner attention to the announced summer collaboration between Jonas Brothers and DJ Diplo. In particular, the album is set to release on 27th September. Did country music make Diplo go to such lengths?

It remains to be seen if this is as said a publicity stunt or a genuine action on the DJ’s part. And if so what would happen now between the singers and the 40-year-old.

Mila Kunis’s Undergoes Drastic Transformation; Can You Recognize The Actress In Her New Avatar?
Hailey Baldwin reacts to Selena Gomez’s post sending fans into a frenzy! Is Justin Bieber back in good terms with Gomez??