Did Jaden Smith Just Announce His Love For Boyfriend Tyler The Creator? It seems father Will Smith is definitely not pleased. 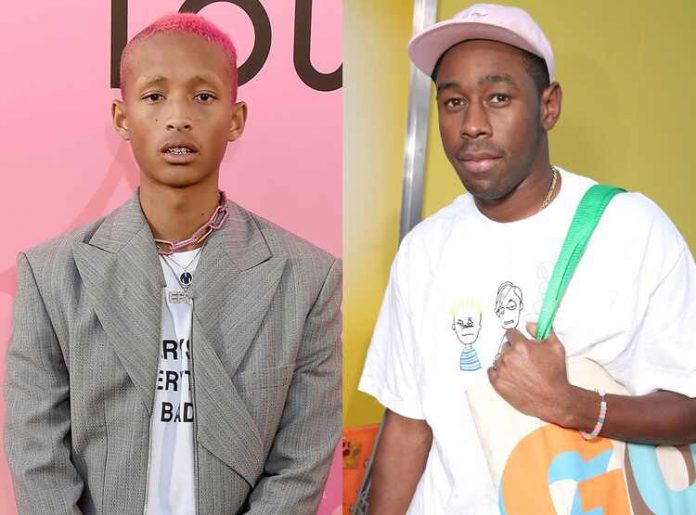 It seems like Jaden Smith has landed himself in yet another controversy, and this time it is because of his recent announcement about Tyler The Creator, his boyfriend!

Is Wil Smith Angry At Jaden’s Recent Dating Revelation? Here’s what We Know.

In a recent event of Camp GNaw Festival, the Karate Kid star announced that he is dating Tyler, The Creator! Jaden further said that he really loves him and Tyler is his boyfriend, even after Tyler won a Grammy, Jaden took this opportunity to boast about his boyfriend posting about it as well. So are these dating in real life? The announcement has sparked an array of rumors and controversies regarding the authenticity of the statement.

While fans are still confused, whether it true or the two are just poking fun at each other. There are some strong rumors of both Will Smith and Jada Smith being a bit angry at their son’s impulsive announcement about his dating life in general. The pair already has a lot going on with Jaden’ s ongoing struggle with his health issues, while this announcement has made headlines yet again.

Karate Kid Star Made A Huge Announcement About His Equation With Tyler The Creator.

As we know that Jaden Smith has been going through some health-related issues where he is suffering from extreme eating disorders that are leading to malnutrition. While his parents have not opened up about the dating issue, they are surely worried about their son’s health issues.

While fans are not sure whether Jaden’s impulsive confession was something that was authentic or not, some are speculating that both Jaden and Tyler made a fun announcement of some sorts with no real romantic inclination with one another.

Previous article
Kakegurui: The Season 2 of the Show will Focus on Gambling Mainly
Next article
Is Megan Fox and Brian Austin Green Getting A Divorce Due To A Third Person? Did Megan cheat on her husband with Machine Gun Kelly? Read to know all details.