The original demo for “Wanted Man,” has been released by Bob Dylan’s archivists. It was a song that Dylan wrote for Johnny Cash in 1969. And it is one of the most hilarious stuff available on the internet.

The demo recording features the two musicians Bob Dylan and Johnny Cash, doing a duet on the song along with Carl Perkins playing the guitar. The recording is set to be featured on the upcoming box set Bob Dylan (that features Johnny Cash) – Travelin’ Thru, 1967-1969: The Bootleg Series Vol. 15.

Cash had debuted Wanted Man on his 1969 live album at San Quentin. Later, he would release a studio version of the song. The song was finally covered by artists, like George Thorogood and Nick Cave. Interestingly, before opening his San Quentin set with the number, Cash had learned the song just a week ago at the same informal Nashville session with Dylan and Perkins that was captured on the demo recording. 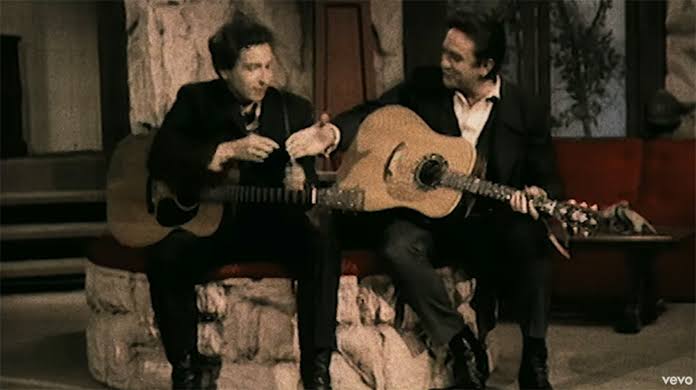 As it can be heard clearly on the demo, Cash didn’t exactly have the lyrics down right away. A lot of stumbling about, laughing and improvising can be heard. In fact, in the beginning of the recording, viewers are also able to hear the voice of June Carter Cash.

She could be heard warning Cash, “Honey, I don’t want to interrupt your train of thought, but be sure that Bob puts the melody to that song, that ‘Wanted Man’…you forgot the melody.”