The 11-year long relationship finally culminates in a romantic wedding for Camilla Luddington and Matthew Alan last Saturday. In a very intimate and personal arrangement at California, the couple read the vows along the coastline in the presence of family and close friends people reports. 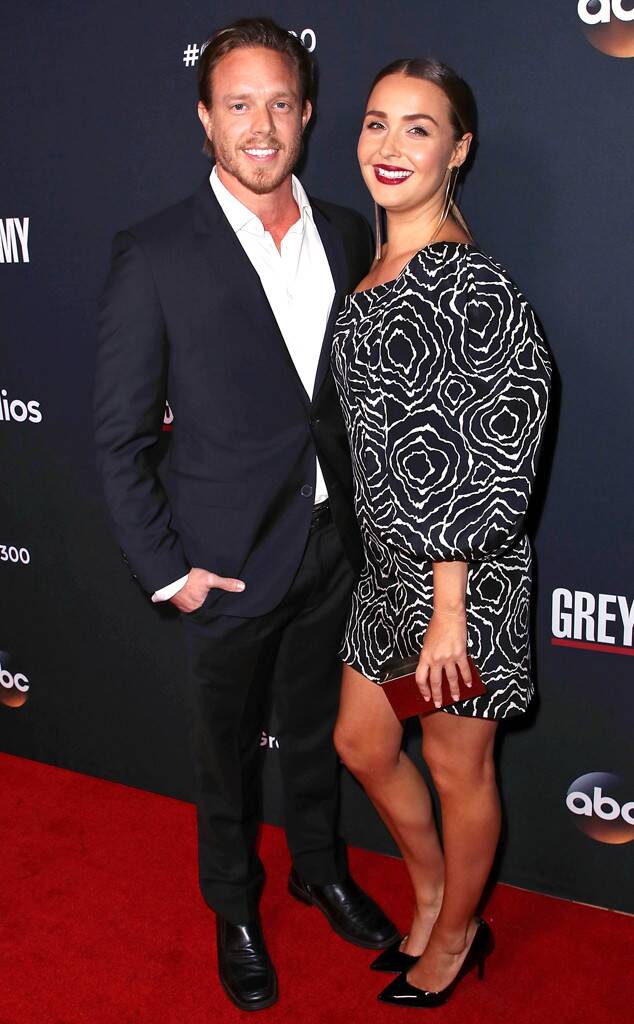 The bride Camilla was sizzled in the couture gown with intricate floral embroidery by designer Mira Zwillinger. The Castle Rock actor Alan essayed a dapper look in grey suit button down as his partner walked down the aisle on the beats of Sweet Disposition by Temper Rock. This might be an unusual choice for many but a special one for the couple who attended the band for their first date, the publication reports.

The British born actress best known her role Dr.Jo Wilson on the hit Abc drama Grey’s Anatomy has been dating the American actor Matthew since 2008. Matthew Alan who has also starred in Walking the Halls and several TV appearances to his credits. The couple also blessed with a daughter named Hyden born on April 2017.

The actress who provided voice and motion capture as Lara Croft in the game series Tomb Raider got her American Citizenship in 2018. The actress who also played Kate in Kate and William: The Movie finally got her chance to dazzle the wedding gown for real.

The announcement was made nearly a year and a half after the couple got engaged in January 2018. Breaking the news, Camilla posted a sweet picture of her daughter clutching the sparkling white stone of her mother.

Sooo this happened on New Year’s Eve. I’m not sure I even let Matt get through his proposal before I started yelling YES YES YES!! Of course it was a yes! Also… Hayden approves.. 😉 💍✨✨✨

Expressing her excitement about the proposal, she did not even let Matthew go through the proposal yelling, “YES!YES!YES! On New Year’s Eve”, she captioned. The baby girl also approves, and if anyone in the list wonders, it is a yes.

The couple received all the best wishes on turning the pages to a new chapter in their life.

Previous article
Disney to clamp down on password sharing on online streaming service, a practice Netflix does not have any issue with.
Next article
Harry Styles and Millie Bobby Brown meltdown Twitter: Shows some amazing moves at Ariana Grande’s concert.