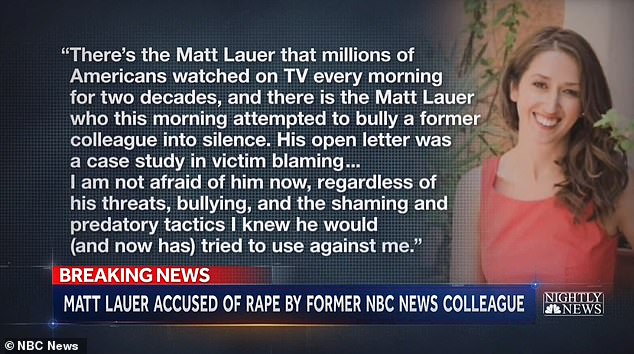 Nevils came to Twitter to thank all the survivors who shared their stories with her and supported her. She said it takes courage to express, and she’s grateful they did. Nevils claimed she was in Russia for the 2014 Sochi Winter Olympics, where Matt anally raped her. In 2017, she reported the case of sexual assault, and NBC fired Matt. Back then, Brooke didn’t want her name to come up. But things changed. She is ready to stand up for herself.

ALL WOMEN should, no MUST be respected, cherished, admired, loved.
Without women there is no human existence
When someone abuses a woman they are revealing how weak & insecure they really are.
I'm old school, I respect ALL women just like my Mom & Dad taught me.
God bless you.

In Ronan Farrow’s new book “Catch and Kill,” Nevils is speaking up to share more details of the rape incident. She said Matt had a wife at that time, and he pushed her onto the bed to have sex with her. She said they were out drinking in Sochi before that night, and he did that despite her refusal. He was in boxers and a t-shirt, and she wept because it hurt. In the open letter by Lauer, he went into graphic detail about the incident and said she was willing to do it with him.

Lauer agreed to have an extramarital affair with Brooke in 2014. He said they engaged in different sexual acts and that it was completely consensual. He added that she lied about crying and was a willing partner. Lauer denied assaulting or forcing anyone to have sex with him. But, NBC network revealed that after they fired Matt, at least four other women stepped forward with allegations of sexual assault against him. 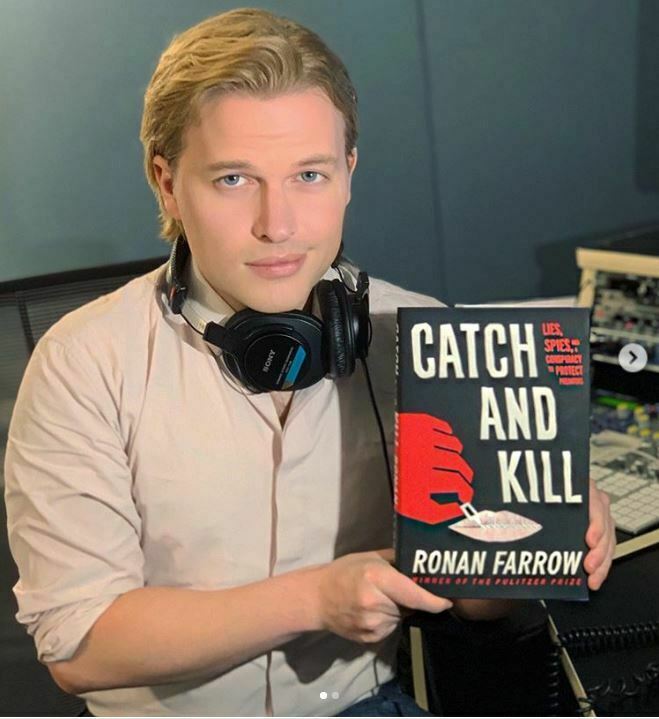 Ronan Farrow wrote a detailed description of Harvey Weinstein’s misconduct in his book. Lauer apparently even congratulated Farrow after he broke the story of Harvey. Farrow congratulated Megyn Kelly on her show at a gala and apologized for calling her tweet racist. She said she made many mistakes when she was at his point in her career. Megyn also called him a rookie reporter and congratulated his reporting.

The attacks being heaped on Brooke Nevils by ppl who have no clue how unchecked power can infect a workplace are deeply misguided. No sane person can think Lauer’s behavior here-that to which he *admits*-was anything less than abhorrent. How was he able to get away w/it so long?

Royalty Brown Has Got Right Amount Of Diva Style Be It Make Up Or Posing!!
‘F-THE Chinese Government’, South Park is not deterred by its ban in China, but celebrated its 300 episodic anniversary!