‘F-THE Chinese Government’, South Park is not deterred by its ban in China, but celebrated its 300 episodic anniversary!

South Park celebrated its 300 episodic anniversary. In fact, they made it memorable by their wicked episode 3. Episode 3 is titled “Shots.” 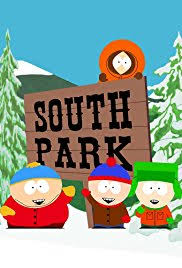 Since the government tightly regulates the censored media, South Park vanished from the face of China. Clearly, the Facebook page, website, and others regarding the show were removed.

In the brand new episode of South Park, Randy yells ‘F-The Chinese Government.’ He does so to make Towelie believe he is sincere. Earlier, Randy was selling weed in China.

The plot of Shots sees Randy, Stan’s dad, being questioned by Towelie. Randy’s former business partner raises the issue of human rights violations in China. He looks down upon anyone doing business with China.

However, Randy was supposed to mumble ‘F-THE Chinese Government,’ but he yelled because he wanted Towelie’s approval.

In hindsight, this was expected after the ‘apology’ of the creators. This was just two days before the airing of the anniversal episode.

In fact, Matt Stone and Trey Parker sarcastically apologized, “Like the NBA, we welcome Chinese censors into our homes and into our hearts,.”

They further added, “We too love money more than freedom and democracy. Xi doesn’t look just like Winnie the Pooh at all. Tune into our 300th episode this Wednesday at 10! Long live the Great Communist Party of China! May this autumn’s sorghum harvest be bountiful! We good now, China?”

Clearly, their reaction hints at something special. This was proven in episode 3 of the 23rd season.

They did not shy away from criticizing Disney and Marvel. Since they also bend to China’s rules and regulations.