Britney Spears Breaks her Silence on Break-Up with Justin Timberlake as She Grooves to his Music. Check Out What Justin has to Say About it. 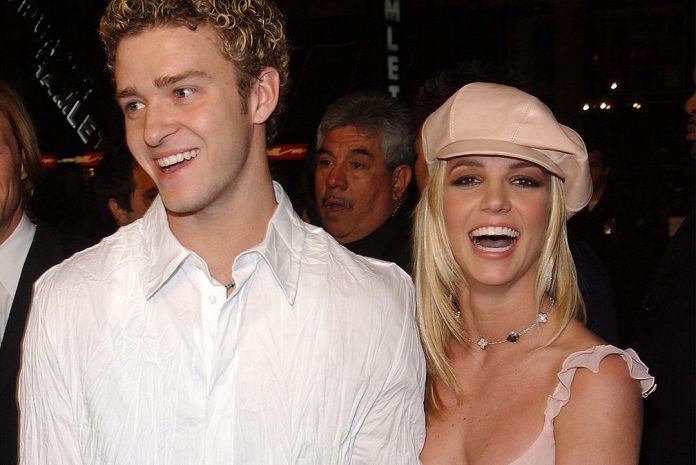 Fans all over the world were left staggered after Justin Timberlake commented on a video that Britney Spears posted, where she dances to his song “Filthy.”

On Wednesday, American pop sensation Britney Spears,posted a video on social media, where she was seen dancing to ex-boyfriend Justin Timberlake’s song.

The 38 year old singer and songwriter, danced to Justin’s song Filthy. Wearing white shorts, a white crop top and a black choker, the Womanizer -singer captioned the Instagram video as, “This is my version of Snapchat or TikTok or whatever the cool thing you’re supposed to do these days As you can see I’m not really dancing folks, I’m just very bored.”

In the clip, Spears, is seen twirling to Timberlake’s song on a balcony.
She also makes a reference to her breakup with Timberlake and praises his music. She added in her caption that she knows that Timberlake and her have had one of the world’s biggest breakups 20 years ago, but the man(Timberlake) is a genius. She also went on to write “Great song JT!!!!”

Timberlake responded to the video posted on Instagram by commenting the laughing crying emoji and a few raised hands emojis.
The ‘Toxic’ singer also shared a second video of her dancing to the song, captioning it, referring to the 14 turns she took in the video.

The two singers dated for 3 years before parting ways in 2002 . Their breakup grabbed eyeballs when Timberlake released his hit single, “Cry Me a River,” which was reportedly about Spears cheating on  him.

Timberlake revealed in his book, that the song took him just 2 hours to write.

However, the two now seem to have moved on from the past. They don’t seem to be bitter about each other anymore and apparently also have a cordial relationship with each other.

Previous article
Will There be Season 5 For the Thriller Drama ‘Mr. Robot,’ or Has the Series got Cancelled after Season 4? Read More to Know More.
Next article
Justin Bieber & Selena Gomez ‘JElena’: A Love Story that Didn’t have a Happy Ending!