Batgirl: The Filming for the DC’s Movie is Running in Full Throttle; New Details Teased 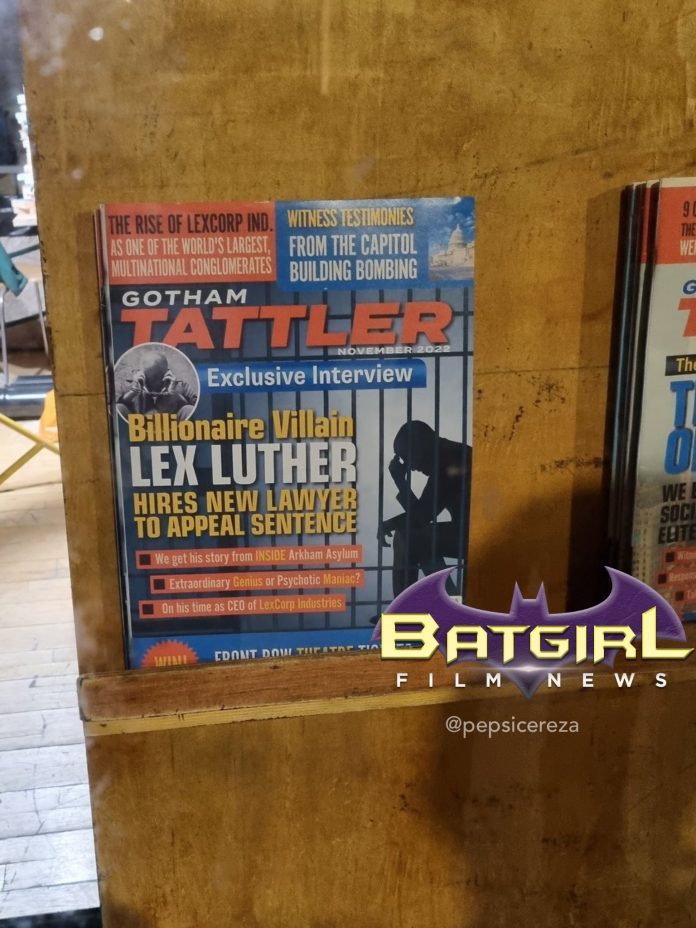 DC’s BATGIRL production is underway and more pictures are revealing and giving the hint about the DC Universe. The latest one shows teasing Lex Luthor.

Bilall Fillah and Adil El Arbi of Marvel and The bad boys for life are directing the movie. Christina Hadson (also known for her work – Birds of prey) is the writer of the movie.

Reference Of Batman VS Superman

An overwhelming flood of Easter egg and DC’s Universe ephemera have indirectly called to some aspects of previous DC films and it is somewhat similar to the reference of BATMAN VS SUPERMAN:DAWN OF JUSTICE ULTIMATE EDITION. Inside the universe, it is seen from the above image, the magazine cover for Gotham Tattler in respect of Billionaire villain, Lex Luthor who is behind the bars is hiring new lawyer to appeal sentence. Lex Focuses to get bail and to take his revenge.

In this DC movie, Micheal Keaton’s Batman will be on screen, so it connects with BATMAN VS SUPERMAN movie and increases the interest of people.

Leslie Grace will play the character of Barbara Gordon popularly known as the Batgirl. Further, there will be the return of the character James Gordon is very much expected along with other characters like Firefly, Batman and many which are yet unknown.

Last year, in an interview, Leslie said that she was very happy because of such an impactful training of Martial Arts. Further, she said that she had never fought, so she had to work really hard for this movie.

Continuing her speech, she said that she was honoured to play this iconic role. She called it a huge responsibility and an honour and she would try to give her best for this role.