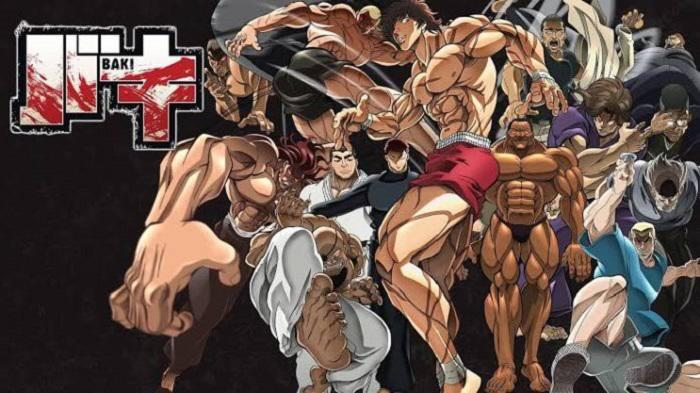 The popular anime series Baki has been quite a popular show right from its inception, while fans were waiting for the third season of the series, it is finally available on Netflix to stream. Let us take a look at this new installment and what is it all about.

Baki Season 3 Is Available On Netflix. We Have Some Exclusive Details About The Popular Series.

Thankfully the third season of Baki is available on the streaming giant. Moreover, the third part of the show Baki is named Great Raitai Tournament Saga. The fight sequences and an equally interesting backstory has kept fans hooked to the show for all these years.

However, fans are facing a new issue although the third season is available is that the audio in English dubbed is not available. Netflix has addressed the issue by explaining that due to he pandemic attack, the voice actors could not travel, and thus the problem has arisen. Take a look at the Twitter post.

#Baki "Season 3" is now up. No audio languages are available except for the original Japanese due to the Coronavirus pandemic's impacthttps://t.co/MIZ8uIw61O pic.twitter.com/GDgzogZ6He

The Series Is Facing Some Severe Audio Issues It Seems.

Our protagonist Baki seems to be struggling with psychological issues and rage which is normal when one has to face his own father in the ring. This season also has some violent fighting scenes which fans are no stranger to as far as this anime is concerned.

While a lot has happens over the third season, now fans are also looking forward to thw fourth season as well which is alps pretty much confirmed by the studio. However, for now don’t forget to watch the entire third season on Netflix to know about what adventures awaits Baki and how he overcomes them in the arena and his life as well.

Teen Mom 2 Star Leah Messer has the perfect comeback for the people posting negative comments about her 10 year old daughter Ali.
Don’t Forget To Watch This Unique Anime About A Lizard Man In New Netflix Anime Dorohedoro! Here is every detail you need to know!