More
HomeEntertainmentOfficial Trailer for Bad Therapy is Out!

Official Trailer for Bad Therapy is Out! 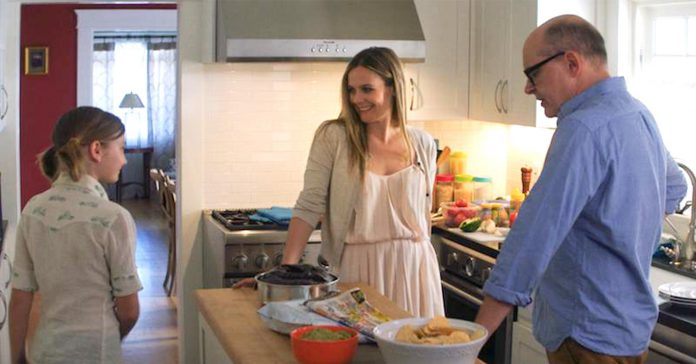 An official trailer has been released by Gravitas Ventures for the romantic comedy titled Bad Therapy. It is arriving straight-to-VOD and is coming up in April this year. The story of the film is about a struggling married couple who decide to see a marriage counselor, Judy Small. The twist of the story comes out when the counselor’s own conflicting impulses are brought out through this couple’s problems.

This is yet another perfect cliche Los Angeles film. The role of the couple is played by Alicia Silverstone & Rob Corddrystar with Michaela Watkins as the therapist. The cast of the movie also include Anna Pniowsky, Aisha Tyler, Sarah Shahi, Haley Joel Osment, Dichen Lachman, Sunkrish Bala, and Ginger Gonzaga.

Bob and Susan Howard (Rob Corddry and Alicia Silverstone) decided to take the advice of a marriage counselor named Judy Small (Michaela Watkins). Judy had recently shifted  close to their home in LosAngeles. In the couple’s first meeting with Judy, she appears to be competent, intelligent, and trustworthy. She has with her a record of other couples which she has treated successfully.

But Judy’s dark and conflicted impulses are triggered on seeing Bob and Susan’s particular emotional dynamics. Judy purposefully puts them at odds with one another making a series of manipulations. This brings their marriage to a  breaking point very soon.

William Teitler,the  Hollywood producer is the director of the  Bad Therapy. The movie is  his feature directorial debut. He had worked for years as a producer before for Jumanji, Zathura, What Maisie Knew.

Nancy Doyne, is the writer of the screen play which is  adapted from her own book. Gravitas will  be releasing  Teitler’s Bad Therapy direct-to-VOD. It will be starting from 17th April, this spring.