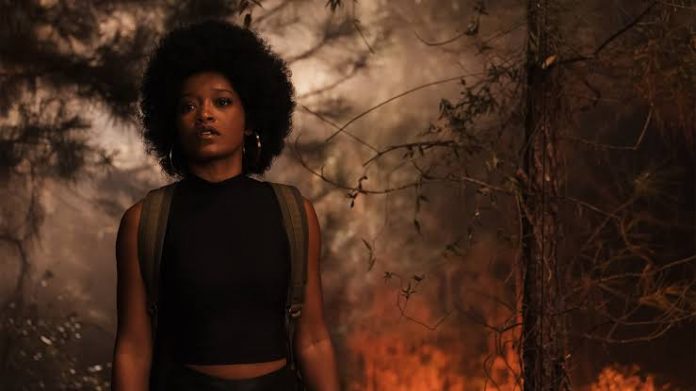 American thriller Alice is written and directed by Krysten Ver Linden. Alice is Krysten’s directional debut movie. It was premiered on 23 January in Sundance Film Festival but the official release is scheduled on 18 March, 2022. Keke Palmer is starring as Alice, along with some others like, Sinqua Walls, Jonny Lee Millers, Gaius Charles, Alicia Witt etc.

The story is about a slave named Alice who yearns for freedom. She is enslaved in 19th Century on a Georgia Plantation. When her husband gets tortured and killed, Alice escapes and runs through the forest, soon she finds out that she is in 1973. Now she must find out the truth about her enslavement. Keke Palmer has played her role very well.

The story is pretty intriguing and has a lot Shyamalan-like twists. In some parts the script gives us hints about the strange things behind the property’s borders, in the tree lines. The story is dark but, it also has some share of comedic moments when Alice tries to adapt the new life.

Frank (played by Common) who found her, thinks that her behaviours are strange and assume that she is in shock. Alice’s reactions might be bizarre for Frank but, its kind of funny for the viewers.

The audience loved how Alice became happy after seeing black people walking around freely in the 1970s. In the story, Alice and frank serve each other distinct purposes. Keke Palmer very nicely depicted the pain and agony of Alice. How she was enslaved, but now she is free. Palmer delivers a very realistic, passionate and thought-provoking portrayal of a woman who is stuck in her painful past.

See also  Kate McKinnon reminds us about "What Still Works?" in America in first 'SNL' of 2021!!!

Unfortunately, Frank’s character couldn’t be as good as Alice. Frank lacks the depth and his story isn’t that rich. But time to time Frank also plays a crucial role and Common portrays him well.