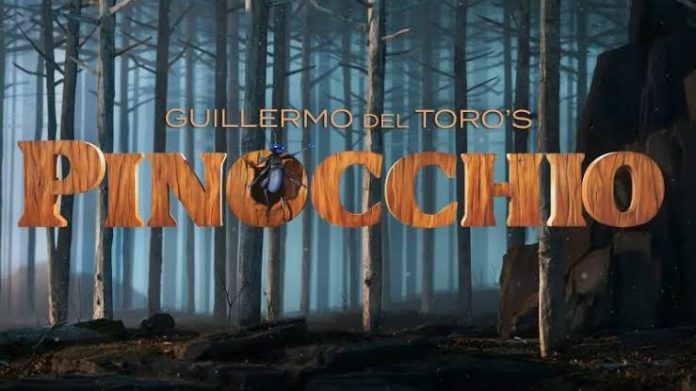 Long awaited and anticipated Pinocchio is finally getting reimagined in a stop-motion animated movie. We will get two Pinocchio adaptations later this year. This was Guillermo del Toro’s long delayed projects which is finally happening. The story will set in Mussolini’s Italy in the 1930s and its also very inspired by Frankenstein. Netflix is reimagining the classic and fan favourite Pinocchio in a stop-motion musical.

Originally released on 23rd February 1940, Pinocchio was loved by young fans and became one of the best classic animated movies. The magnificent voice actors such as, Cliff Edwards, Dickie Jones, Evelyn Venable, Mel Blanc etc. Starred in the movie. The story revolves around a boy, Pinocchio (voiced by Dickie Jones) who must earn his right to become a real boy and live normally. But he must do that by being truthful, courageous and selfless. In this journey Jiminy Cricket (voiced by Cliff Edwards) helps him.

As the original movie was loved by everyone, we are sure that this reimagined movie will also have the same effect on us. The new teaser-trailer that came out on 24th January shows us the story from Jiminy Cricket’s point of view. In the clip it is certain that this story will not be the same as the original one. But as we see in the trailer, the story looks promising and as the movie is finally on Netflix, people can’t wait to see the final release.

Del Toro is bringing back the story of wooden marionette who was brought to life by magic to mend the heart of Geppetto, a woodcarver. The movie will be directed by Del Toro and Mark Gustafson. Pinocchio is voiced by Gregory Mann, the Cricket will be voiced by Ewan McGregor and Geppetto is voiced by David Bradley.

Also read: ‘THE LEGEND OF VOX MACHINA’ HIRES SUPERSTARS FOR ITS VOICE CAST

Previous article
Queendom 2 Ropes in Taeyeon As the New Host for the Reality Show!
Next article
Alice is a Cruel Reminder of the Slavery in Existence and the Plight of Black People – Review