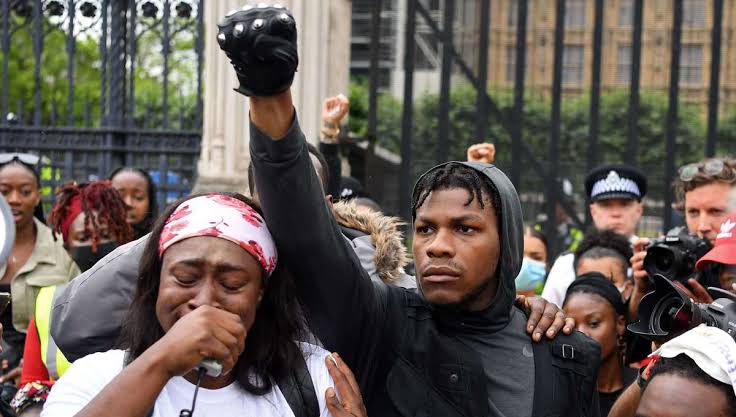 Actor John Boyega, known for his roles in the recent Star Wars movies and in Pacific Rim: Uprising, joined the protesters at London’s Hyde Park and gave an empowering Black Lives Matter speech. The actor voiced his opinions on social media and even took an additional step and gave this speech in person, and received immense support from his fans and all people who were present. Videos of him delivering his speech quickly circulated the internet and is now viral.

During his speech, Boyega said that he no longer cares if his Hollywood career gets affected after he’s heard voicing his opinion. But this created an opposite effect – many filmmakers stepped forward to say they cannot wait to work with Boyega. These included directors Matthew A. Cherry, Rian Johnson and Jordan Peele. But it didn’t stop there.

Soon enough, other renowned directors like Edgar Wright, Cathy Yan, Mike Flanagan, Olivia Wilde and Peyton Reed also came backing him up. They said that it will be an honour to work with him and that he should continue fighting against the injustice.

When news of George Floyd’s murder started surfacing, John also expressed his support for conducting protests, but he was criticized for getting involved in a matter that was taking place in America, while he’s a citizen of the United Kingdom. But this didn’t deter him and very soon, he joined the protests in UK.

He spoke that Black lives had always mattered and that people should realise how difficult it is to live when they’re reminded of their race every day.

Lisa Rinna’s daughters have the Most Perfect Figures as the Sisters Duo Flaunt their Bikini Pictures
Dave Season 2: When can We Expect to See Lil Dicky’s Return? Read Further to Find Out