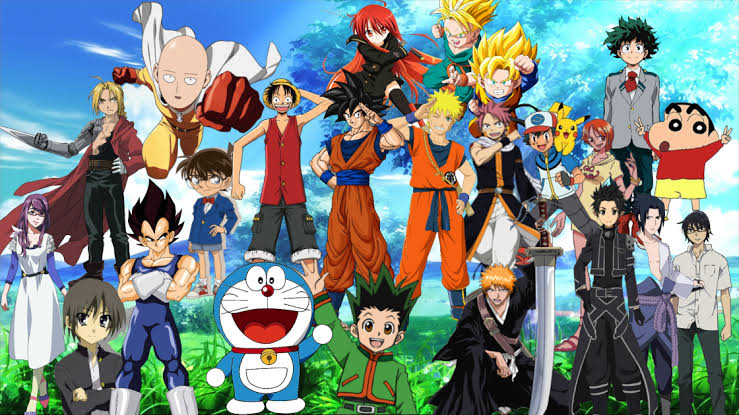 With anime having gained a lot of prominence over the world, we’ve included a list of the best ones you should watch

Anime may be many things but they shouldn’t be overlooked as cartoons. If anything, they teach us many life lessons and can bring out the best in us. Be it the action, the artworks, or the storyline, it manages to hook the viewers in some way or the other. Let’s check out ten of the must-see ones.

1. Attack On Titan: Of course, I would give my favourite anime the number one spot. This is a story that has been carefully laid out from start and hasn’t tripped once. The story is extremely dark and paints a world full of pain and terror, which has been inspired by Nazi Germany. It’s about a race of people that has been oppressed for centuries until they find a new leader who revolts.

2. Naruto: Also a top tier anime, Naruto is great when it comes to developing ourselves and how we treat people. It teaches us to remain kind and compassionate in a world that treats us with nothing but contempt. Also, great fights and surprising plot twists when you least expect it.

3. Hunter X Hunter: Great fights, character development, storylines, badass villains – this anime has got it all. It’s one of the most unique animes out there and it’s pure joy from start to end.

4. One Punch Man: Crazy fights and crazy humour. And an overpowered hero. Yet another binge-watch worthy anime.

5. Boku no Hero Academia: A wonderful story with some really inspiring characters who makes us believe that we are heroes in our own ways.

6. Haikyuu!!: An inspiring anime about a high-school volleyball team. A story about friendship and nail biting competitions.

7. Shokugeki no Souma: An anime about food and characters who grind all the time to improve their culinary skills. Saw four seasons three times each. Didn’t regret doing so.

8. Ansatsu Kyoushitsu: An anime where students get a weird creature as their teacher and their objective is to assassinate said teacher. Funny and touching.

9. Death Note: A story about an ordinary kid who decides to play God when he finds a mysterious notebook. Also, some of the best cat-and-mouse animes ever.

10. Jono Subarashii Sekai ni Shukufuku wo!: Had to include a fully humourous anime here. A story about a loser who died and went into a game world and gets stuck with some equally useless teammates. A full on laugh riot.

My Husband’s Deadly Past Star Kim Alexander Is Setting The Internet On Fire With Fierce Bikini Pictures: They are really really tiny!
Sherlock Vs. Sherlock – Who had a Better Take on the Character: Robert Downey Jr. or Benedict Cumberbatch?