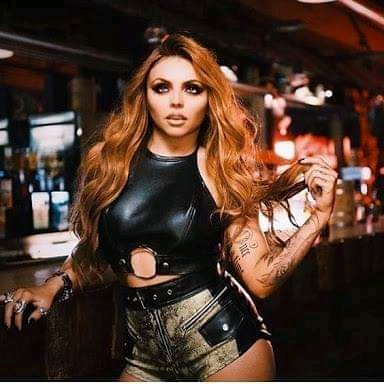 Every other day we get news of some celebrity couple spending their holidays at some exotic destination. And seeing them makes us go awe. However, this is for the first time that we spotted the couple Jesy Nelson and Sean Sagar enjoying a romantic holiday together at the south west coast of Cornwall. So to know what exactly we have in store for you, dive in below.

Miss dressing up and wearing a wig

Jesy and Sean Sagar are dating since July and just one month after this, we got to see them on their first holiday together. You might remember the 29 year old, pop star from her popular song, Loved Up. Sean on the other hand is popular for his performance in the show, Pur Girl.

#tb filming Ourgirl which is being released March 2020 hopefully!!! Who misses Ourgirl being on there screens?! #ourgirl

The couple stroll around the surf town of Newquay and showered some love to their fans by clicking some snaps with them. Both of them looked really happy in each other’s company and were enjoying the moment, while people who saw them even said that Sean was being so protective of her.

Jesy has got this relaxation time or precisely, the holiday after two of her bandmates have left abroad along with their partners. The twenty eight years old, Leigh Anne Pinnock has went to Santorini, a place in Greece in company of her twenty years old future husband, Watford striker Andre Gray. Both of them recently got engaged during the lockdown period. And they have been spotted throwing major couples goals by having a romantic holiday. They have been spotted on a yatch trip and on a romantic dinner too.

I’m so proud of my girl @leighannepinnock for absolutely smashing her bikini brand @inaseashell – I can honestly say this is one of the best bikini brands I’ve ever worn hands down 👏🏻 I always struggle to find bikinis to fit my bust and have never been able to wear a triangle top as they never have enough support, but this is a winner 😍 and it makes it even better that it’s @leighannepinnock brand! Now time to get this baby out in the sun 😝👙

Perrie Edwards, the other bandmate was seen at the time she soaked up the sun in Ibiza with her footballer boyfriend Alex Oxlade Chamberlain.

Aisleyne Horgan-Wallace flaunts her body in a tiny gold string bikini to her recent park trip!
Here is every relationship Jaden Smith had with the girls before he came out about his sexuality!