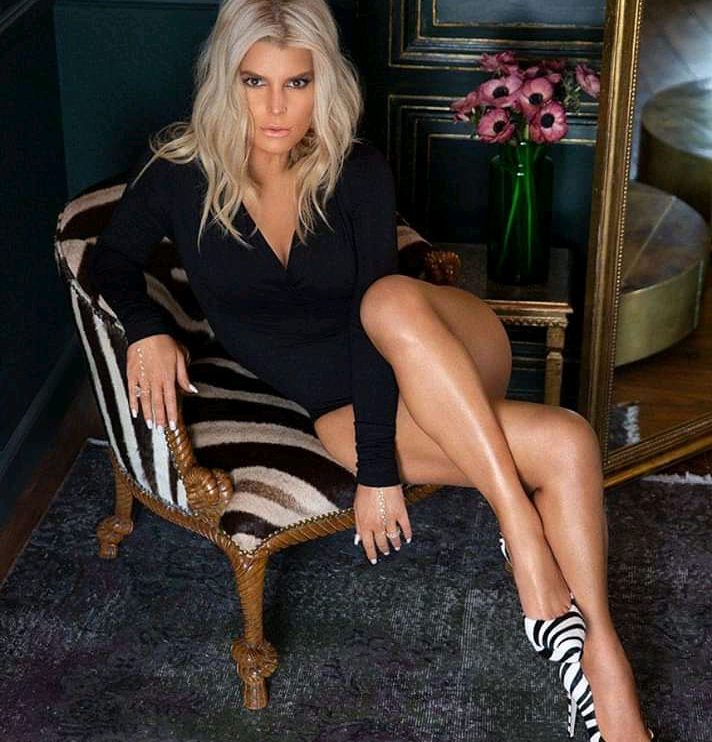 Instagram is all about showing off your talent, achievements, or anything you own. Jessica Simpson too is very socioholic and loves showcasing her amazing figure on the social media platform. Recently also, she posted a picture of herself showing off her fit body on Instagram. The 40 years old singer and actress was looking stunning in the picture.

Recently, she went on a bike ride along with her family. And she rocked it by wearing a pair of skinny jeans with high heel sandals of about five inches. And she had also put a brown hat on her head.

The post was captioned with her saying that she was trying hard to find peace by riding a bicycle which is of her seven years old son. And she also mentioned about her five inch heels by writing that she has got a five inch platform so that she could reach the pavement.

The fans started commenting a lot of appreciation and praising messages as soon as the post got uploaded. One of her fans complimented that she look amazing while the other said that she’s looking good and the third said that she appeared terrific to him. He also said that she’s a inspiration for the mothers to give priority to their children’s clean eating and daily movement.

Trying my hardest to feel peaceful riding my 7yr old sons bike. You can’t see them, but you know I’ve got 5-inch platforms on to reach the pavement for grounding 😜

Jessica has three children. She gave birth to a baby girl in September after which she gained a lot of weight. She then shared on social media that she would lose 100 pounds and get back her slim figure. And fans are happy that she got successful in doing so.