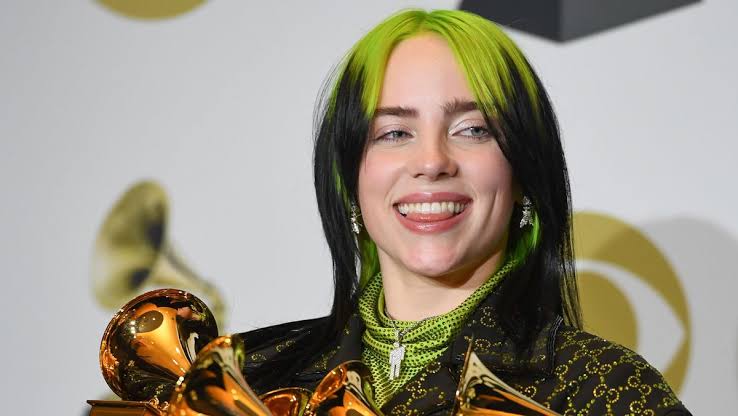 Billie Eilish recently had a raging fit after being judged harshly for her signature neon green-and-black hair.

The Grammy winner, 19, never shied away from giving body shamers a piece of her mind, and when she was told to change her edgy look, she refused to listen and made sure they wouldn’t repeat it again either. She told the people to not fun of her through her Instagram stories.

Eilish had a great 2020 and broke records after she was included in Spotify’s most listened female artists of the year list. She is apparently making a new album but threatened to withhold from releasing it because of the judgemental people. She continued her Instagram stories, saying that she is making an album for us but will not put it out if they kept making fun of her hair, and ended it with telling everyone to shut up.

The post continued, where she said that she actually has plans to change her style soon, thereby marking the end of an era. She also hinted that the new chapter will be unveiled after the February 2021 release of her Apple+ documentary, “Billie Eilish: The World’s a Little Blurry.”

Even though she will eventually change her look, Eilish still asked her followers to “leave her alone.” Her iconic hairstyle has been around since 2019, and during an interview with TMZ, she said that it wasn’t something she was trying to achieve at that time. She said the person dying her hair burnt off some of it by mistake, and later she decided to grow it out.

This has not been the first time Eilish defended her appearance either.