Eilish gets even two years after the incident

Billie Eilish was one of the guests on Wednesday’s Jimmy Kimmel Live to promote her new album Happier Than Ever. Amidst the interview, the talk show host mentioned Eilish’s bucket list that she wrote in 2014. However, he made a slight error and said she was 14 at that time, when she was actually 12. This made Billie bring up a bit from their infamous 2019 interview. Here’s what happened.

In that interview, Kimmel quizzed her on pop culture references that were famous in 1984. Eilish asked, “Wait, really quick – do you remember last time I was here and you made me look a little stupid?” She then added that she was actually playing along, and everyone thought she didn’t know anything.

At that time, netizens called out the then 17-year-old Eilish for not being familiar with the legendary band Van Halen. This later caused the band’s bassist Wolfgang Van Halen to tell the trolls to stop. 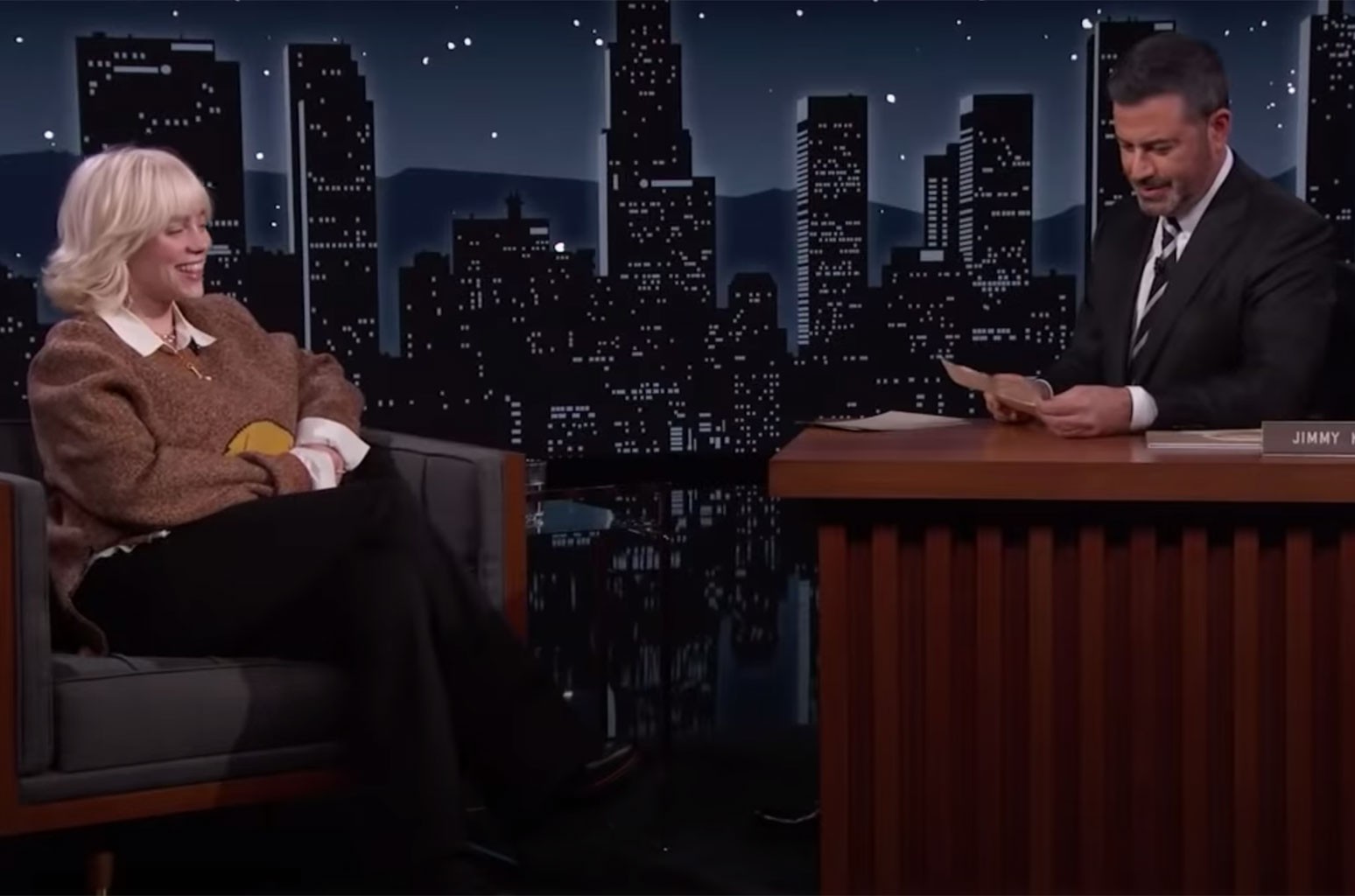 ABCKimmel told her that he never intended to make her look stupid on purpose, and Eilish told she didn’t care about the reactions. However, she wasn’t done. She tried to turn the tables with a quiz on pop culture references of her own. But in that moment, she couldn’t think of anything. She then came up with another item in her bucket list, which was to punch someone.

Kimmel said that he thought she should punch him, since he was “the strongest person here.” Eilish accepted the challenge readily and slugged him in the chest.

In the end, it was still a harmless event with no bruised egos.