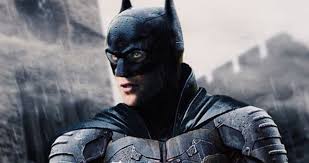 Ben Affleck and Ana de Armas met for the first time last year on the sets of Deep Water. And just after their first meet, both of them bonded so deeply that they are now in the list of the most adorable couples of Hollywood. Well, the fans will finally get to see their on screen chemistry after the movie releases in this year’s end.

August 10, #anadearmas and #benaffleck in LA

However, many fans have been wondering about them being a part of the DC superheroes movies. Not just this, one artist has also paired the couple as Batman and Catwoman in his imagination. Isn’t it a brilliant idea?

Well, indeed it is. Obviously, Ben Affleck will get back for his role as the legendary Batman in his upcoming movie The Falsh, it is one of the most awaited movies by, Andy Muschietti. Whereas, Michael Keaton is also coming back for the Warner Bros movie that’ll continue with Flashpoint plot. But can you imagine her as a Catwoman?

August 19, #anadearmas and #benaffleck in LA

Well, according to some artists, they will look really incredible playing the roles of the DC duo. But we still wonder if this is ever gonna happen. However Ben Affleck and Ana de Armas have officially announced that they have been dating each other from march. Even in the pandemic they were quarantined along with each other.

Now that @benaffleck is back as Batman, can we have @ana_d_armas as the DCEU Catwoman? They would have great chemistry since the two are already dating in real life. What do you guys think? P.S. Gave Affleck's Batman the blue suit from the Hush storyline. I think it looks pretty cool, what do you guys think? . . . . #artist #artwork #batman #comics #dc#digitalart #fanart #flash #justiceleague #superheroes#superman  #wonderwoman #dctv #art #dceu #comics #movie #benaffleck #thesuicidesquad #joker #harleyquinn #birdsofprey #anadearmas  #photomanipulation#batmanvsupermandawnofjustice #dcextendeduniverse #brucewayne #hbomax

Ana de Armas was spotted spending time with Affleck and his kids from his ex wife, Jennifer Garner. The couple has been to some remote holidays and had a great time with each other. Ana de Armas also posted a photo of them on Affleck’s 48th birthday. On the other hand, the Oscar winning actor, Affleck is all set to reprise his batman avatar for the upcoming Justice League movie.

August 13, #anadearmas and #benaffleck in LA

Selena Gomez confesses about her true feelings regarding anxiety and depression! Check out what she had to say about taking help.
Who are these Riverdale stars dating? Dive into the personal lives of Lili Reinhart, Cami Mendes, Cole Sprouse and the others.