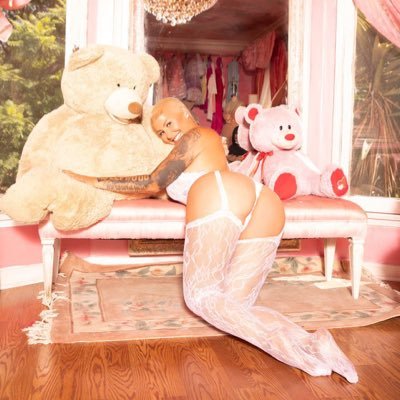 Amber Rose became the part of ONLYFANS along with Tyga, Cardi B and Swae Lee. Now recently, on Instagram she posted a nude photo. In the caption she mentioned about “OnlyFans”. Amber posted the photo along with an emoji. People who uses “OnlyFans” with proper subscription can see Amber’s picture without emoji. Rose also mentioned the link of “OnlyFans” in her Instagram bio.

OnlyFans services and its popularity has suddenly started growing since 2016. However, this was basically made for sex workers but it also popular between celebs like from physical fitness, musicians and other creators who are regular on internet. Tim stokely is the founder and the CEO of the company.

These photos of Tyga also got viral on Twitter. Although, some people say that these photos are old. However, Tyga took the advantage and promoted his OnlyFans account to gain as much as profit from the subscription.

For those who don’t know, this is not for the first time Rose is posting such sensational photos

Previously, in 2017, Rose posted a photo of her lower body including vagina. This action of Rose made everyone crazy. This stared the debate on social media. People were confused whether she did on behalf of feminism or for just gaining attention.

Rose was romantically linked to Kanye West, Wiz Khalifa and 21 Savage. Well, we know that she won’t stop here and may post such pictures in future too.

PlayBoi Carti faces lashes by fans on his latest album whereas Kanye West is receiving bunches of love for his track in Carti’s album.
Evangelion: 3.0+1.0 Thrice Upon a Time: What to expect from final Evangelion movie before it’s release