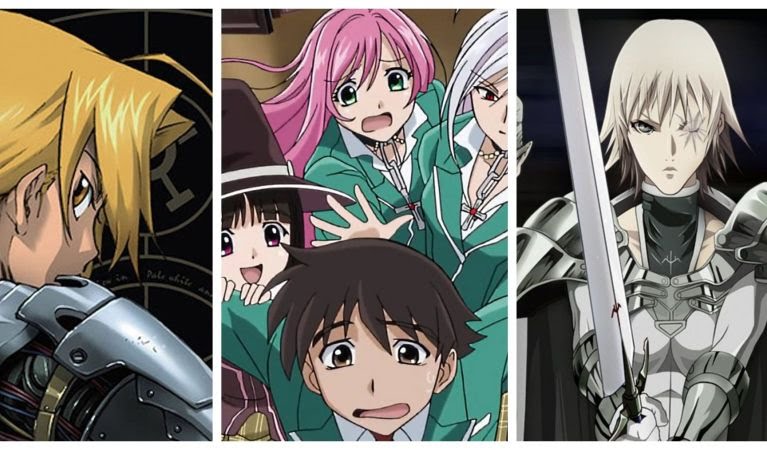 There is an unending relationship between Animes and manga. There are several anime shows which actually is an adaptation of the manga. Many such adapted animes are exactly same as the manga they are inspired from while some have a little changes. And some of them are completely different from the original manga from which they have been adapted.

Here’s the list of 5 such anime series whose story completely deviated from their mangas.

Claymore is the favourite manga for many people around the world. However, the anime version of it failed to get as much popularity as it. The whole anime was good except for the ending which was completely different from the manga and fans didn’t like it at all. In other words, the ending was just aweful.

The second anime show that didn’t strictly follow the story of the manga is Rosario + Vampire. One of the main reason behind this was because the makers didn’t pay much attention to the actual script, instead they paid more attention to make it more romantic.

At times it happens that a lot of animes deviate the story a bit to make the show last more than the manga but here, the case was different. The anime Deadman wonderland ended earlier than the actual manga. The anime has only 5 volumes whereas, the actual manga consists of 13 volumes.

This was one of the most loved anime and manga. Everything was going fairly in both but then the anime finished earlier than the manga and thus, the anime makers shortened the story.

First part of the Hellsing strictly follows the manga and was liked by the audience. But then, the anime’s story diverted from its manga and things went upside down.

Rent a Girlfriend: We Finally have Release Date for the Romcom Anime Series
The Much-Awaited ‘Saved By The Bell’ Reboot is Making its Debut in Peacock Network! Check the New Updates Below