After the dreadful mass shootings in Ohio and Texas, President Donald Trump decided to open in public after two days of silence. He called this shooting as an act which was “against all humanity” and requested the opposition party or bipartisan to come together against this violence.

Speaking from the White House, he said, “We vow to act with urgent resolve.” The firing had left more than 25 dead and dozens of them injured badly. He also demanded legislation providing “strong background check” for the gun users. He also said that the threatening activities need to be wiped out and have no place in America.

In his statement, he also said that America must highly disapprove of bigotry, racism, and white supremacy. All these factors are considered to be the reasons behind the heinous domestic attacks in Texas and Ohio.

In a tweet on Monday, Trump said the background check bill could be paired with his long-time effort to toughen the immigration system of the nation. He is yet to reveal how he will relate and connect both the issues. 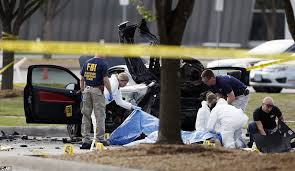 Besides expressing his grief on the mishap, Trump also provided solutions to lessen such horrific incidents. He said that “hatred pulls the trigger, not the gun.” Trump called out to social media companies and asked them to check the online violence happening on social media. He asked to reduce the ‘glorification’ of violence. He also asked the law and enforcement to make laws easier which commit to mental illness. This will help keep such individuals separate from firearms.

Without elaborating much like on his other statements, Trump said that his government had done a lot and more than the administrations. But more things are to be done.

Many of those injured in violent shoots are safe and have been discharged. Some of them who got severe injuries are still dealing with life and death in the hospital.

Multiple Postpone of SpaceX Satellite Launch! Will Falcon 9 be able to launch AMOS-17 on August 6th?
Raiders Cliff Branch retied from the field of life at 71, but will always remain in the Heart of fellow mates!!
Comment