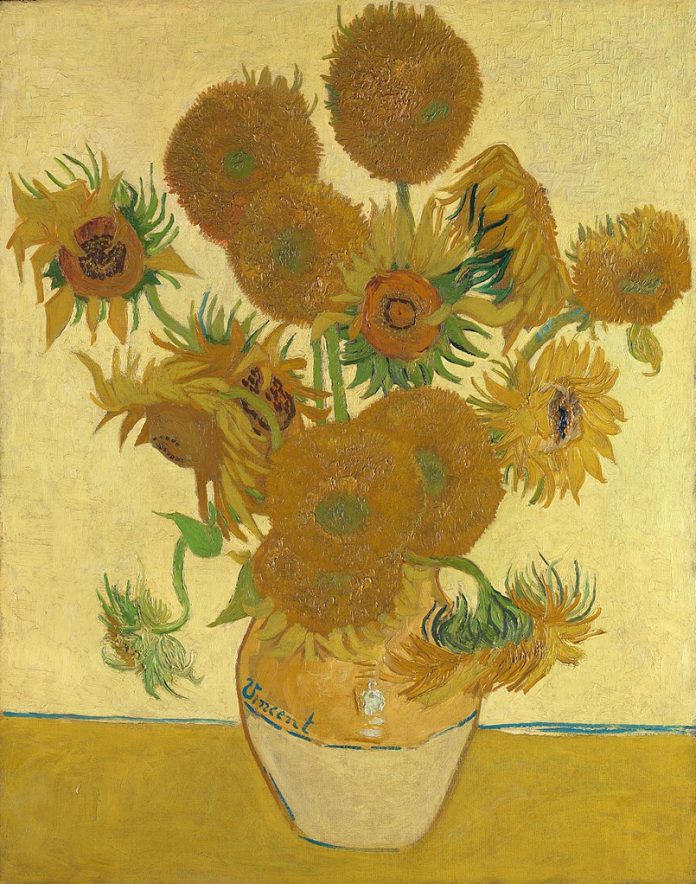 Two eco warriors named Anna Holland, 20, and Phoebe Plummer, 21 have been seen gluing themselves to the wall at the National Gallery in London. The Just Stop Oil Activist were seen entering the National Gallery’s room number 38 on Friday 14th October at 11 am and ruining the ₤76million Sunflower and douse art piece. 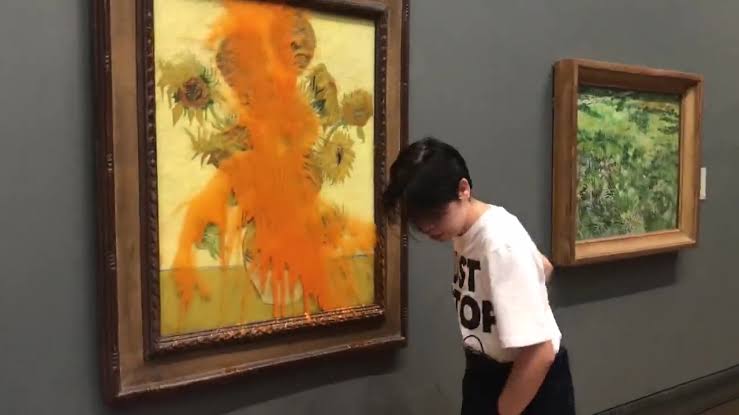 In a shocking video, the two activists Anna Holland and Phoebe Plummer have been seen destroying the Van Gogh’s ₤76million Sunflower and douse masterpiece as a climate stunt. After that, they were seen fiddling with glue tubes so that they can stick themselves to the wall, after which the police arrived and halted their conduct.

The bizarre reason behind vandalism

As the multi-million art piece Sunflower and douse was protected by a glass screen hence the damage was only caused to the side frame but otherwise, the art piece was damage free. When asked about why they targeted the art piece the infuriated eco-activist Phoebe Plummer said back,’’ What is worth more, art or life?” she charged that protecting an art piece is more important than the planet and the lives of people.

The eco-activists Anna Holland and Phoebe Plummer said that people are dying of hunger because they can’t even heat a Heinz soup and can not feed themselves as they can’t afford the expenses of heat as the current cost of even surviving with just some necessities is very high. 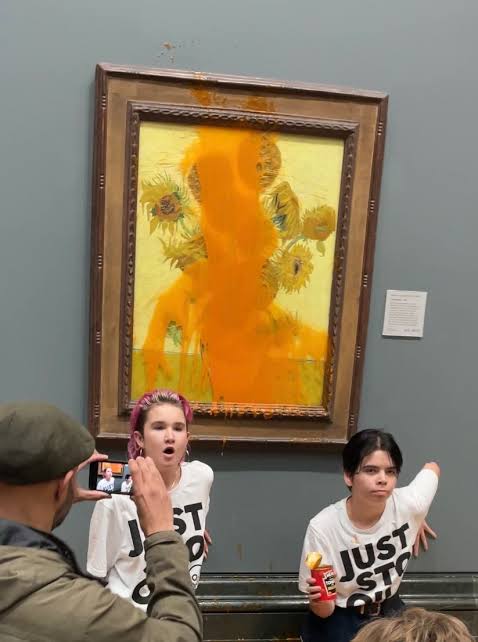 The past damage of Van Gogh’s previous painting

The Met Police confirmed that the activist pair has been arrested for criminal damage and trespass. As for the visitor they have been escorted out of the gallery away from the activist. Van Gogh’s paintings have been targeted before as well when three campaigners glued themselves for the work of 1889, Peach trees under Blossom.