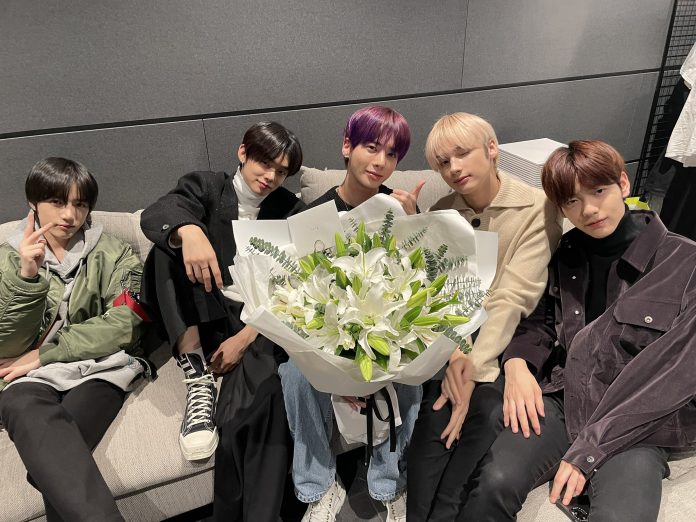 Tomorrow X Together, popularly known as TXT, a South-Korean boys band consisting of five members Won the title of Hero Of The Year 2022. They are the 1st Korean artist to win this title at NME Awards.

The NME Awards of United Kingdom officially announced that TXT have become the 1st Korean artists to win this title. Further, they were crowned on 2nd of March 2022.

As per the Annual British Award, artist are crowned on the basis of vote by the fans. Further, the artist who makes the World a better and excellent place over the last 12 years forms the ground of voting.

According to the Awards, TXT had received more than 40% of the total votes. Even the last year, they made the list of The 50 Best Album of 2021.

TXT made a debut on 4th of March 2019 with an extended play, The Drama Chapter: Star. The song peaked at number one in the Gaon Album Chart and Billboard World Album Chart. Further, they launched their lead single, Crown with which they had hit the top position in the Billboard emerging artists chart.

Till date, the band has launched three album naming, The Dream Chapter, Still Dreaming and The Chaos Chapter. Further, their current songs are Anti-Romantic, Loser= lover, Blue Hour and many more.

Big Hit Music is the founder of this Boy’s Band which consists of five members. The band includes Soobin, Yeonjun, Beomgyu, Taehyun and HueningKai. What can be a better gift prior to their anniversary for someone. It is a proud moment for the band and even for Korea having such great artist like TXT.