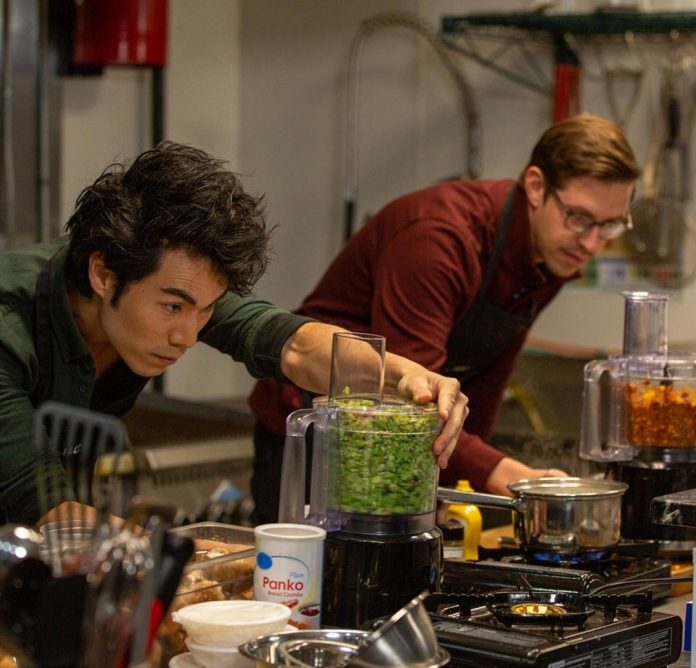 SNL is landed in a soup yet again!

Try guys is group of four people Fulmer, Zach Kornfeld, Keith Haberberger and Eugene lee yang. This group was formed by the buzz feed in 2014 as series in which the four member encounters variety of experiences in each episode it was created for the entertainment purpose.

Ned Fulmer was fired from the group because he was having a workplace affair.

On 3 October 2022, the try guys posted a video, where they are speaking about the actions made by Fulmer.in the video they have addressed that they have been informed by some fans that Ned is having an affair, he is fired from the group and will be facing consequences for his actions. After the last episode of “Saturday night live” there is an intense atmosphere on social media.

On 8 October, the show started with Brendan Gleeson who was hosting the show and promoting his upcoming film ‘ The Banshees of Inisherin’ the makers created a sketch in which the reporter Ego Nwodim was reporting in front of the white house about the developments in relation of America with Russia.

However, he was interrupted by Gleeson to announce that the Try Guys have finally reacted to the Ned Fulmer controversy ‘consensual workplace relationship’ with a producer of the group’s online video series.

The SLR recreated the try guy’s video and mocked them “worse, he committed the heinous act of having a consensual kiss, and not telling us, his friends,” SNL posted the skit video on twitter and Keith Haberberger one of the members of try guys appeared to comment ‘wow this was unexpected’, he wrote.

Many viewers slammed SNL for being ridiculous and being mean by commenting on the post. “Anyway, yeah not surprised SNL would want to make properly handling sexual workplace misconduct into a joke,” a user commented this on the post SNL is getting hate for mocking the try guys.