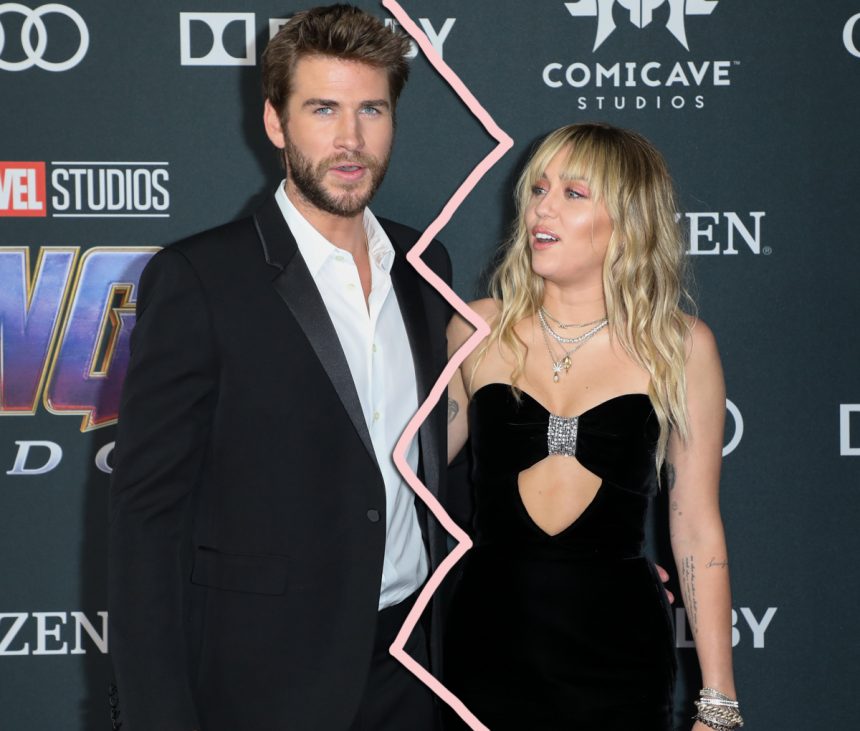 Miley Ray Hemsworth is an actress, a songwriter, and hit singer. The Hannah Montana lead married her lover Liam Hemsworth in December last year. However, the couple is separating after less than a year of marriage.

The couple exchanged love bands in 2012 and called it off a year. However, they reunited and rekindled their romance in 2015. News of the split comes hours after Cyrus posted a photo while vacationing in Italy. Cyrus joined on her Mediterranean trip by “The Hills” star Kaitlynn Carter, who recently split from husband Brody Jenner.

Mute me if you don’t want SPAMMED

Ever-evolving, changing as partners and individuals, they have decided this is what is best while they both focus on themselves and their careers. They are still the dedicated parents of all of the animals they share while lovingly taking this time apart.

Miley and Liam had a 10-years long relationship. The couple always had an on-off relationship. After dating on and off for almost ten years, Miley and Liam tied the knot at their home in Nashville, TN on December 2018. Rumours of a split between the couple began swirling after fans noticed Miley not wearing her wedding ring in an Instagram photo.

Miley and Liam have been trying to make it work for months now but have not felt they were connecting on the level they felt when they got married last year.

Miley said that she and Liam had a unique relationship and she would never allow people to have a look inside their complicated relationship. She added that her relationship was entirely heterosexual, but still, she is very attracted to women. She referenced her explanation by saying that people become vegetarian due to health reasons, but that does not mean bacon is not good.

Miley made a partner decision as said by her in an interview. She feels that Liam is a person who always has her back. She does not fit in this stereotypical relationship and does not like the ‘Wifey’ role at all.

No more public account: Rosanna Arquette slammed for saying she ‘feels so much shame’ over being white and privileged.
Celebrated their tribute with the Warners: The Stanley theater holds Woodstock 50 tribute concert.
Comment