The Pirates: The Last Royal Treasure Arriving on Netflix Amid Fanfare! 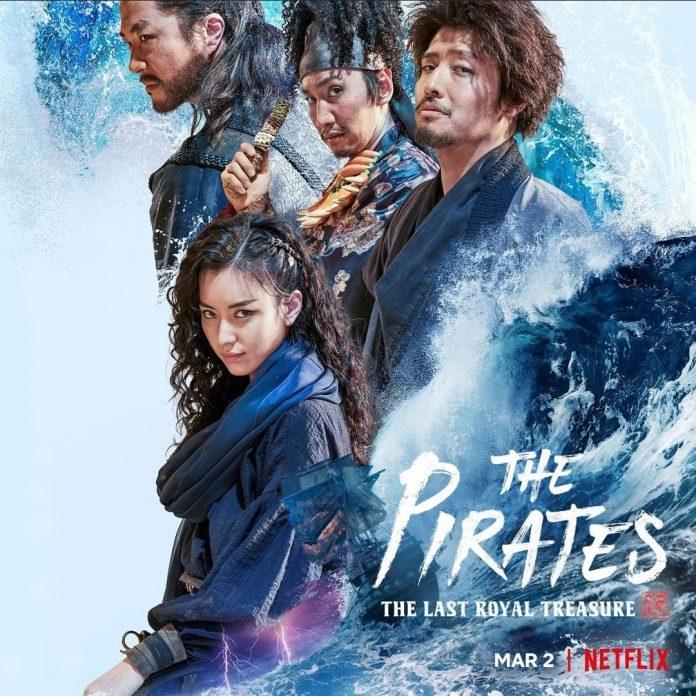 The pirates To Be Available On Netflix

The South-Korean period adventure film The Pirates: The Last Royal Treasure will premiere on the Netflix from the 2nd of March 2022. It was out in the theatres on 26th of January 2022, which is marked as Korean New Year Holiday in IMAX format.

It follows the story of the spiritual Of The Pirates of 2014. Chun Sung-il is the writer of the movie whereas, Kim Joeng-hoon is the director of the movie.

The movie is about the adventure of the pirates who are out in the sea for the search of the royal treasure. The royal treasure has been disappeared years ago without any trace behind it.

Members Of The Cast Of The Movie

Kang Ha-neul is playing the role of Moo Chi in the movie and Han Hyo-joo is playing Hae Rang. Along with them, starring the movie are Lee Kwang-Soo as Mak Yi, Kwon Sang-woo as Boo Heung-soo.

As per the Box Office, it is the first Korean movie to have 1 million viewers on the 11th day since its release. Further, it is at the 1st place among all Korean movie which are released in 2022. It has earned the gross of US$ 10.27 million with a runtime of 126 minutes.