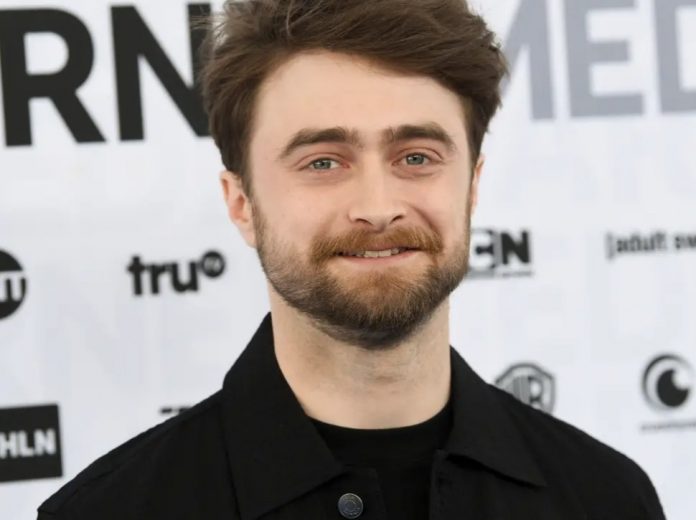 Daniel Radcliffe’s upcoming movie which is a biopic to the musician “Weird Al” Yankovic has released a new pic of Daniel where he looks so different. Yankovic, the popular musician and parody icon himself shared the pic of Daniel from the sets of the movie Weird: The Al Yankovic Story. As fans seemed amazed at the pic they are excited to know more of it. So, what’s more coming up with the biopic?

Well, here we bring all the details about the Roku channel’s upcoming movie starring Daniel Radcliffe.

It was on tuesday this week, when Yankovic himself shared a pic of Daniel Radcliffe with his look in the biopic Weird: The Al Yankovic Story. Calling him a cosplayer, the musician shared the pic of Radcliffe where he looked unrecognisable.

Harry Potter series star looked so different with his curly hairs and moustache with him also wearing the Hawaiian T-shirt and glasses. Moreover, the Roku channel’s biopic movie would be throwing lights on the life of Al Yankovic.

Fans reaction to the pic of Daniel Radcliffe

While the biopic movie would be trying to cover all the key story of the life of Yankovic. Daniel’s cast for the movie has had a mixed reactions from everyone. As many of the fans think that Daniel was not the perfect one to play Yankovic.

Despite all of that, the recently shared pic of Daniel Radcliffe being Al Yankovic with accordion  in his hand made all his fans quite happy. Many of them didn’t expect he would look so good. Certainly, all are excited to have the movie to release soon.

Not to miss, the upcoming Yankovic biopic movie is actually written by Yankovic himself alongside the director for the movie Eric Appel. As such it would be interesting to see as to what’s there in store for all with this movie.

Also read: THE BLACKLIST GETS GREEN SIGNAL FOR SEASON 10 CONFIRMED BY JAMES SPADER

Previous article
The Pirates: The Last Royal Treasure Arriving on Netflix Amid Fanfare!
Next article
Aaron Pierre to Star Opposite Mahershala Ali in the Blade Reboot