Singer Grimes Announces Her First Pregnancy with boyfriend Elon Musk by going all Naked on Instagram!!! 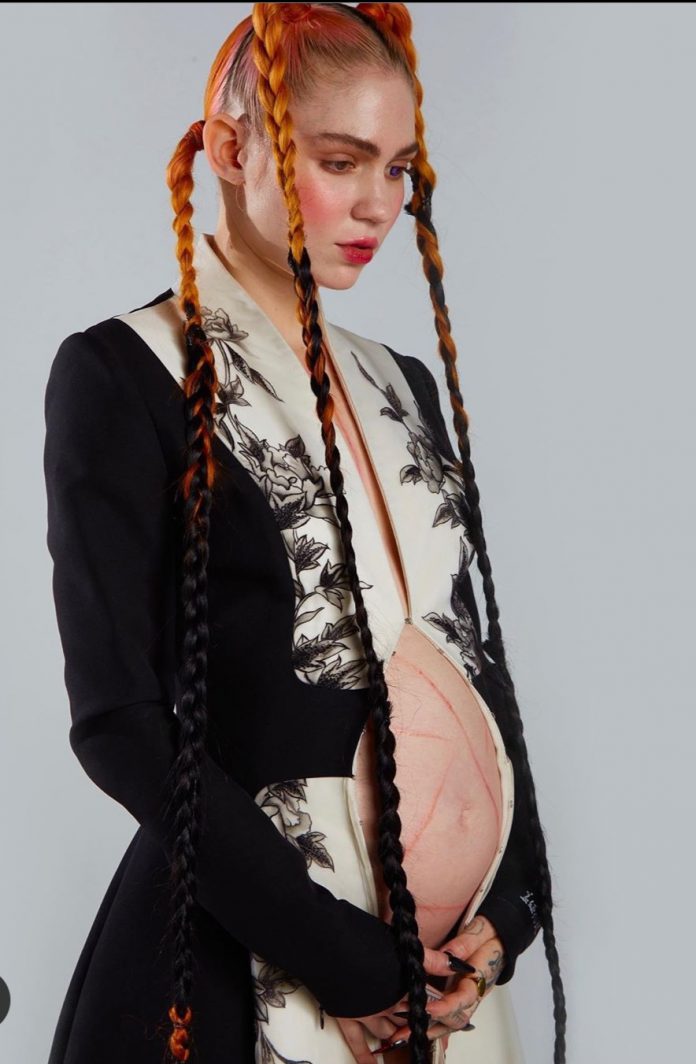 Grimes discloses about being pregnant with her first child with boyfriend Elon Musk in a recent Instagram post.

The Canadian musician shared a topless picture of herself with her inflating belly showing a growing fetus within. Grimes looked confident and had put her hair in four braids for the picture.

The ambiguous picture left all her fans in doubt whether Grimes was announcing her pregnancy with the edited snap. But the star soon cleared all the doubts in her answer to a comment about not blurring her nipples in the shot. As her fan appreciated her bold choice the lady wrote, “I thought about censoring them for a hot minute haha (this may get taken down anyway), but the photo is so much less feral without the nipples”. She added by saying that being knocked up is a very feral and warlike state of being.

Instagram censored the picture for violation of guidelines for nudity. It was then replaced with another picture where Grimes’ braids hid the nipples and protected her modesty. Making a bold statement with her picture she wrote, “Censored for Insta haha, almost got away w it”.

Censored for insta haha – almost got away w it 😮

But the last picture by the 31-year-old singer did not leave a pinch of misunderstandings. Grimes posted a picture wearing a black and white jacket that was partly open. From the opening visibly came out her baby bump with a lot of scars over it. Fans flooded the comments section with all the congratulatory messages and blessings.

The singer started dating multi-billionaire entrepreneur Elon Musk in May 2018. The couple went public as they walked the Met Gala carpet in New York together. Grimes and Musk have mostly remained private in their relationship.

The Tesla founder is a father to five children he shares with ex-wife Justine Wilson. They divorced each other in 2008 after eight years of their marriage.

Previous article
Prank series “Jackass” is back with its Fourth Part. Details Inside!!!
Next article
Drake and Future pair up in the latest video ‘Life is Good’