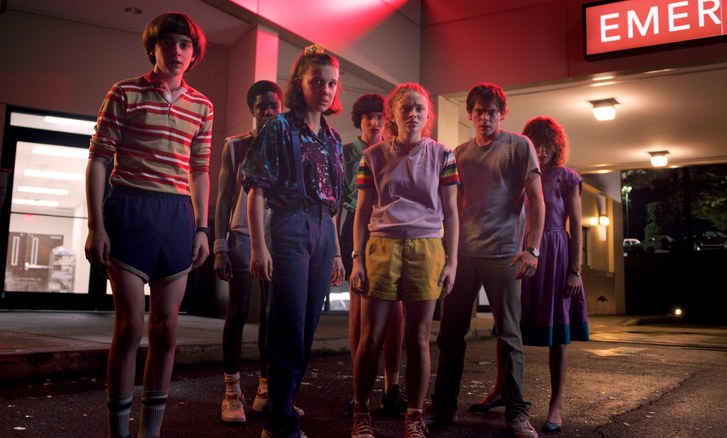 Set in 1983 Indiana, ‘Stranger Things’ is an American science fiction and horror web TV series. Created by the famous Duffer Brothers, the series released on Netflix.

The story runs around a small town, where a bizarre incident leads to a chain of events, and suddenly, a child disappears. This incident breaks the peace of the small village. When the boy disappears, his mother, a police chief, and his friends must confront terrifying supernatural forces to get him back.

The surprise is that actress Maya Hawke, who plays the role of Robin in the third season of the show, recently revealed that her character Robin, is not straight but a lesbian.

Robin is the first LGBT (lesbian, gay, bisexual, and transgender) character of the show.

She comes out to be a lesbian to her ‘Scoops Ahoy’ colleague Steve Harrington in the seventh episode – “The Bite.”

In the episode, Robin clarifies that Steve was never her crush, but the girl who always kept on staring Steve in the classroom was!

Did Duffer brothers want a lesbian to romance with a man?

Hawke recently claimed in an interview that the creators of the show earlier wanted to show Steve and Robin romancing. However, Hawke suggested the LGBT idea. She even said that she always felt that Steve and Robin should not be together during the making of the series.

After Aquaman, it is Stranger Things which came up with the idea of LGBT, and this would surely increase the drama in the show. Stranger Things has always been one of the most hit shows of Netflix and Robin coming out to be a lesbian would undoubtedly raise the TRP of the show.

Starboy hidden behind the clouds: The Weeknd and Isabella breaking up ‘second relationship’! Is Selena the reason for separation?
Priyanka Chopra and Sophie Turner on vacation! Shopping went well!
Comment