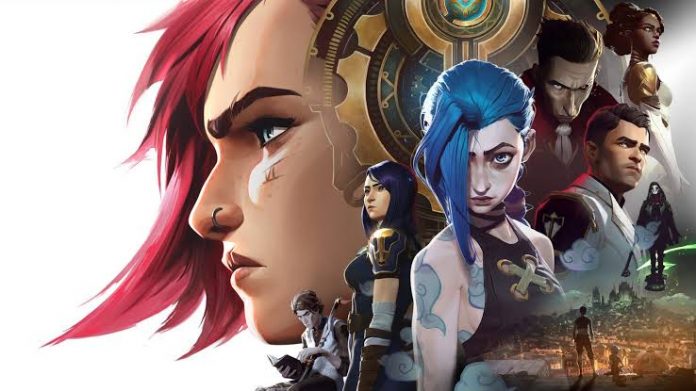 The art is incredible, and the story even more so

The most recent of Netflix‘s video game adaptations is Riot Games’ League of Legends anime, Arcane.

We are familiar with how video game adaptations to movies or series turn out to be. Most fail miserably, and the ones that are slightly better, come nowhere close to the real thing. And I’m not including the Witcher in this, since it came from a set of novels.

Anyway, the conclusion is, the video game to TV curse seems to have broken with Arcane. It is developed from League of Legends, a multiplayer online battle arena game, where two teams of five members each battle it out. But what is also fascinating is the lore behind each character. MOBAs have no campaign missions, and there are no cutscenes. And yet, some of the characters have truly incredible backstories, and the trailers are fantastically made as well. This made fans beg for a TV show or movie, but only if they are made right.

See also  The Batman Runtime Revealed: Matt Reeve's 2 hours and 55 minutes adaptation will be the longest Batman movie ever!

You can be hearing about League of Legends for the first time ever, but you can still enjoy Arcane. The story is about League‘s heroes Vi and Jinx, who used to be called Powder, who are sisters. And it takes long before they are who they are. It can be compared to a lot of superhero origin stories, and has epic fights, magic that tears reality, and characters changing forever.

Vi and Powder live in a ghetto on the edge of the prosperous city of Piltover. Piltover is a city of science, and houses many aristocrats and budding scientists who want to revolutionize the world. But the city has a hidden part called Undercity, literally located below it, where all the chemicals pile up, and miscreants, brutes, vagrants, and just about anyone thrown out of the city live.

See also  Alert! Google Forms are NOT that Safe and are Soft Targets of Cybercriminals. To Stay Alert, Read Below

After the intro, we see Vi and Powder with two other orphans trying to stage a heist in the big city. But things go south, and causes a cascade of problems, which even threatens to break apart their adoptive family.

We soon see characters like Jayce and Viktor, and other League champions make their entry. Everyone wants to harness magic with the help of science.

What makes it so good?

It isn’t just about the two sisters trying to get by in a cruel world. The show also is a fantasy political drama, and a cops and robbers-type crime thriller. Giving any more will be a spoiler, but you won’t get bored a minute.

See also  Here is how Selena Gomez spends her millions of money! Check out all details!

Arcane does a fantastic job in fleshing out the characters. And let me remind you, only part one of three total parts have come out, meaning we have two more acts with six episodes remaining. You will see the tragic story of Vi and Powder, and how the latter came to be known as Jinx, who has madness running through her veins. And if you’re not watching for the story, watch it for the animation. It is really cool, to say the least.