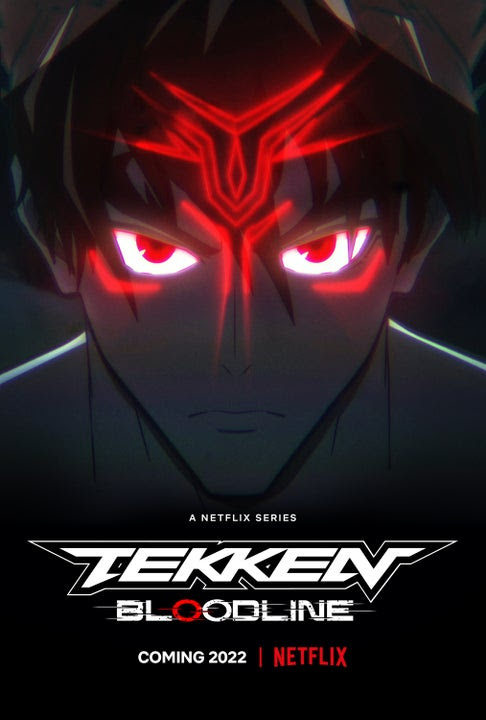 The Iron Fist tournament finds its home in Netflix

Netflix has released the trailer for their latest anime series – Tekken: Bloodline. Based on the popular arcade fighting game, the series tells a new story with familiar characters. Once again, Jin Kazama is the protagonist, on the search for his legendary grandfather Heihachi Mishima.

The show’s official synopsis begins with the statement, “Power is everything.” The trailer follows suit with a young Jin learning Kazama-Style Traditional Martial Arts from his mother. However, he has not mastered his family’s technique, and when a monster came and destroyed everything including his mother, he could only run away.

Jin grows up with range and self-hatred for not being able to stop it. His thirst for revenge leads him to his grandfather Heihachi. Heihachi agrees to train him, so long as Jin proves himself worthy of his ancestry, even at the cost of his life. Thus begins his rigorous training that leads him to a global stage – The King of Iron Fist Tournament.

The series has a CG art style, similar to many other Netflix Originals. However, the animation has improved and the characters no longer look stiff and clunky.

The History of Tekken

The literal meaning of the Japanese term ‘Tekken’ is ‘iron fist.’ Debuting in 1994, the franchise quickly became one of the most successful fighting games. Since its debut, there are almost 20 titles, with many interesting characters and lore. Like the name, the game offers each character a unique hand-to-hand fighting technique. These techniques are inspired from real-world styles, and they add to the characters’ backstory.

We do not have a release date for Tekken: Bloodline, and hopefully, it will be revealed on the series’ official trailer.

Also read: BLACK CLOVER TRAILER SHOWS A DETERMINED ASTA TO CAPTURE THE KINGDOM OF SPADES, AS THE MOVIE GEARS UP FOR RELEASE