More
HomeCelebrityMiguel and Nazanin's Love Story to have a sad ending? The couple...

Miguel and Nazanin’s Love Story to have a sad ending? The couple allegedly heading for divorce 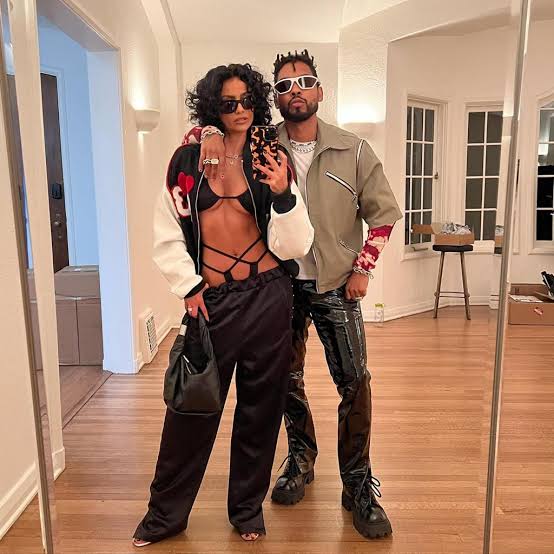 Miguel Jontel Pimental is an American singer, song writer and actor. He is known for his 2012 album ‘kaleidoscope dream’ and ‘Adorn’, for which he won Grammy.  In November 2018, he married to his long-term love Nazanin Mandi, who is an American actress, singer, model and life coach.

Miguel and Nazanin were together from more than 17 years, they started dating in 2005 in high school, engaged in 2016 and married in 2018. After three years of marriage, in September 2021 Nazanin announced the separation of the couple. However, later, on 16 February, Miguel posted pictures of him and Nazanin on Instagram with a caption “Love heals. proud of us,” which showed that the couple is back together again.

Some court documents were obtained, in which Mandi have filed for divorce from Miguel in Superior Court of California on 4 October in Los Angeles. Nazanin commented ‘irreconcilable differences as the reason for the couple’s separation it is revealed that the couple have signed an agreement in which all the assets and properties will be divided equally among them. pictures and reels of the couple together are still in Miguel’s Instagram feed but Mandi have deleted her posts and kept only one picture with Miguel on her Instagram.

A week before announcing the divorce Nazanin have posted her own picture, the model wrote caption ‘current journey of introspection’. Meanwhile Miguel did post an Instagram story where he wrote quote about desire which was written by him.

However, no one knows truth behind their separation and the couple haven’t revealed real the reason behind their divorce. Let’s hope that Miguel and Nazanin could sort their issues and continue many years of togetherness with each other.