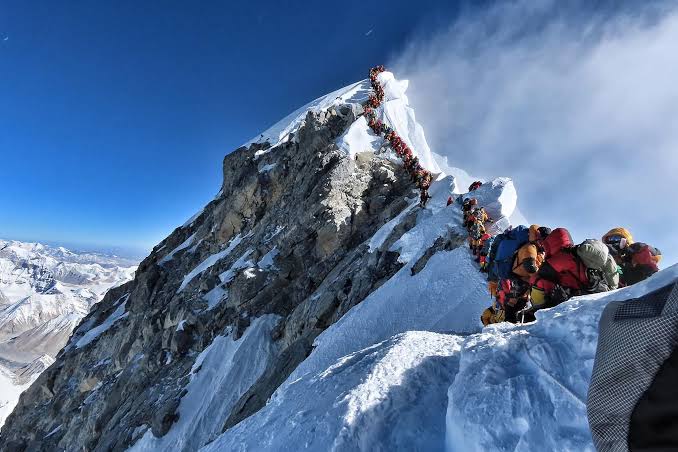 Microplastic pollution was discovered in the snow near the world’s highest mountain Mount Everest’s peak. In 2018, plastic waste was discovered at the Mariana Trench, the world’s deepest point, and now it’s clear that there is no where less for humanity to litter.

The place where the largest amount of microplastics had accumulated was the base camp, where the climbers and trekkers spend the most time. The items found were mostly clothing fibres, tends and ropes. Recent reports of finding microplastics in remote areas of the Swiss Alps and French Pyrenees show that most of these items can be carried farther by the winds.

Imogen Napper from the University of Plymouth and the head of this research called this “a real eye opener” as she always thought that Mount Everest was remote and pristine. She added that it’s important to protect and care for our planet.

She brought the old familiar policy of reducing, reusing and recycling larger items of plastic waste, since they’re the ones who get broken into microplastics when there’s discarded. She also spoke about focusing on better fabrics as most of them were shed from clothing made out of synthetic fabrics.

The study has been published in the journal One Earth, and contains details about analysed samples that were collected by National Geographic during an expedition in 2019.