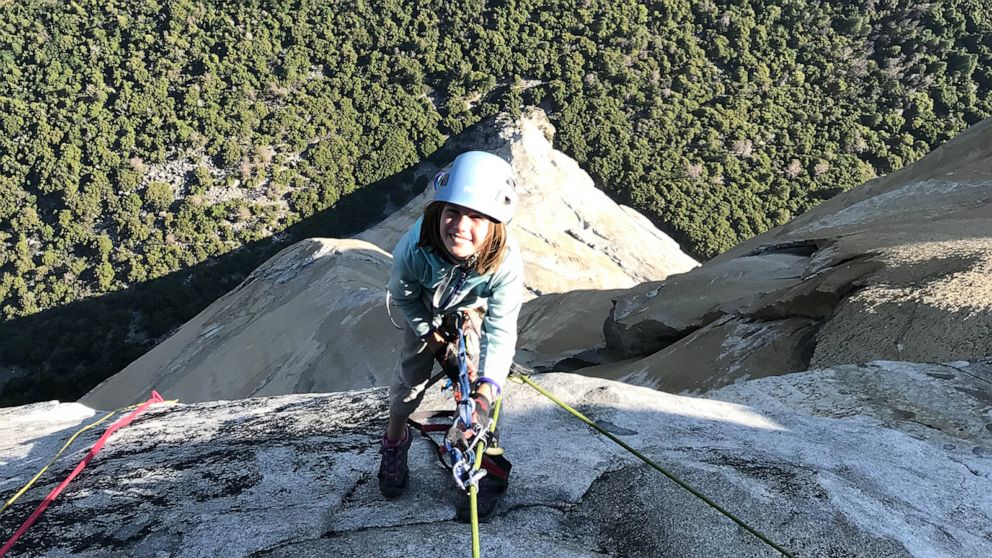 Call it a wonder or a wonderrrr! Yes, a cute little girl from New York has done a next to impossible work at the age of 4.

Maebh Nesbitt (4-year-old girl) became the youngest person to summit all the 46 of the Adirondack Mountains peaks.

She had completed this work just two days before her 5th birthday in late July and left everyone stunned.

Siobhan Carney Nesbitt, her mom, told ” I had a dream when she was in my tummy that we would hike together than when she was big enough” to “Good Morning America.”

“Just before she turned four we decided ” Let’s go hike, you can hike with mommy, and she just loved it,” she said and added, “it kind of became all of our goals as she continued to hike.”

Carney Nesbitt and her husband, Lee Nesbitt are both members of a 46 -ers club and their daughter wanted a sticker from the club.

But there was a precondition to be fulfilled before the sticker is handed over to the little girl.

Her mom said,” she can’t have the sticker for water bottle until she climbs every peak and earns it.”

Maebh finally did that and earned the title of “youngest person to climb the Adirondack mountains.”

She cracked the record made in the year 1999 by five-year-old twins.

After her triumph over the mountain, her mom said: ” it brings tears to my eyes, I am proud of her accomplishments.”

“My dreams became hers, and she did it,” She added.

Maebh said, “Good morning America (GMA) that her future goal is to become an artist and would encourage other little girls and boys to get out and hike because it’s so much fun!”

This courageous, stunned, and surprising act of 5year old ” baby girl” is a living proof that age is no bar in achieving your goals and doing what actually you love to do! 🙂