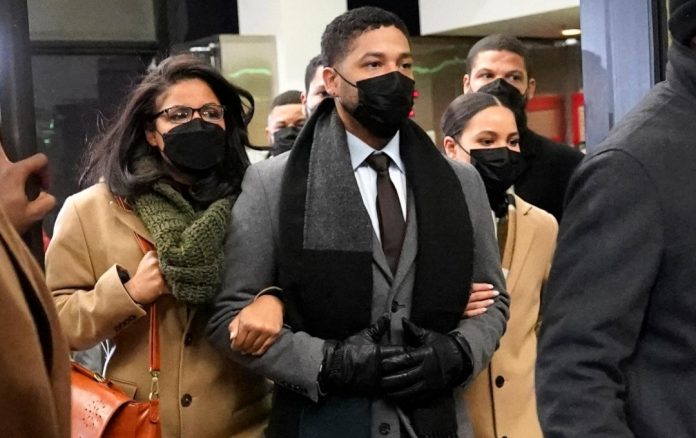 Jussie Smollett To Be Sentenced For His Lies

Jussie Smollett, the Empire actor has been found guilty for the lies to the cops he committed in the past. Owing to which, the actor would be now sentenced for the crime in the Chicago court this week. While, the verdict of his punishment isn’t out yet. He would be presented before the court to address the allegations on him.

The 39-years-old actor has been accused of lying to the police for calling himself the victims of hate attack. According to the reports, the actor claimed that he was attacked because of the race in Chicago back in the year 2019. However, on the counter claim, the concerned authorities claimed that the actor lied to the cops about attack on him.

While it all began from Jan of 2019, the things turned up giving a verdict that the actor lied to the cops about the racist attack on him. Not to miss, he was supported by many actors following the attack on him publicly.

The lie drama of Smollett has been one of the most confusing allegations to be proved. Beginning from 2019, there came several moments when the case got closed and it reopened again. While, the case had a total of six acts of misconduct alleged on the actor. He has been found guilty for five of them.

Further, as Chicago police claimed the lie was made by the actor to get media coverage, the attack on him has been claimed to be orchestrated by him. However, with the final verdict proving him guilty, he might be prisoned for three years with a fine to be paid as well. Yet, the punishment is still to be confirmed.