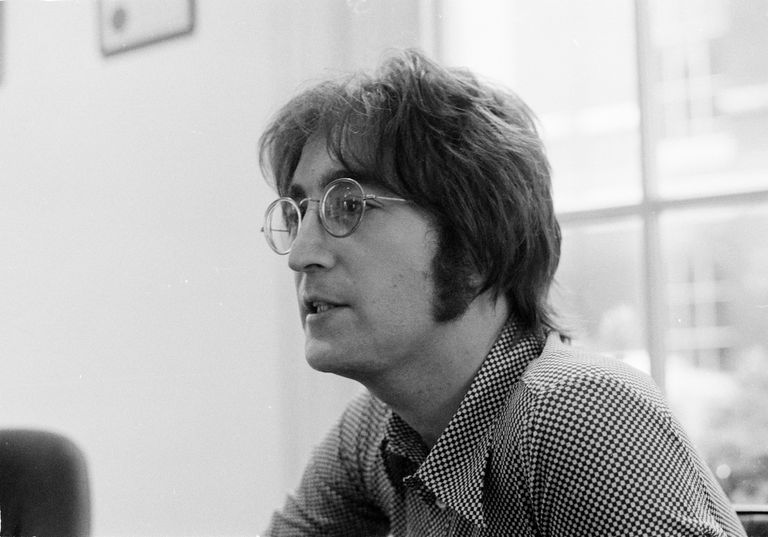 John Lennon has a blissful autumn day in Central Park in the video for “Mind Games,” off his upcoming box set Gimme Some Truth. The Ultimate Mixes.

The video — now upgraded to HD — was shot in November 1974, a year after he released the album by the same name. Wearing a slick black coat and a floppy hat to match, he strolls through Strawberry Fields and signs autographs for fans. He glances at ice cream and pretzels at a food cart before he feeds elephants at the Central Park Zoo and dances at the Naumburg Bandshell to an empty audience. Later, he visits Tiffany & Co., pays a visit to the marquee of Sgt. Pepper’s Lonely Hearts Club Band on the Road and rides away in a horse-drawn carriage.

“[Mind Games] was a fun track because the voice is in stereo and the seeming orchestra on it is just me playing three notes with slide guitar,” the late Beatle said in an interview. “And the middle eight is reggae. Trying again to explain to American musicians what reggae was in 1973 was pretty hard, but it’s basically a reggae middle eight if you listen to it.”

“Trying to possess somebody makes them go away,” he said of the song’s meaning. “Every time you put your finger on it, it slips away. Every time you turn the microscope’s light on, the thing changes so you can never see what it is. As soon as you ask the question, it goes away. Peripheral vision is what it is. There’s no looking directly at it. Try to look at the sun. You go blind, right? Now that doesn’t mean you don’t have to work on it. Love is a flower, you gotta let it grow.”

CONFIRMED- Chris Rock will be back on Season 4 of Fargo on Hulu! Here is everything we know.
Kelly Ripa and Mark Consuelos will be providing college scholarships to around 20 homeless students in NYC! Check it out.